The last day of school . . . the cousins were sleeping over and we wanted to go do something! The kids mostly wanted to go to Shanklin Park in Goshen, which is a fun fortress type park. We went and had a grand time running and playing. The cottonwood seeds were swirling all around! While we were just "at the park" it was a great time to explore seed dispersal too. 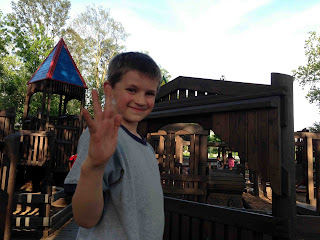 I decided to look up--love seeing all these lines and textures! While the kids really enjoyed themselves, not everyone was satisfied. My 4-year-old kept requesting a visit to the pirate park! It was on the way home, so we decided to go ahead and make a quick stop since we needed to find the next watershed treasure hunt letter clue. 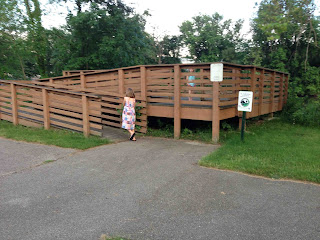 When we arrived, we not only found our letter clue, but also some friends from Nurturing Acorns! What a pleasant surprise! 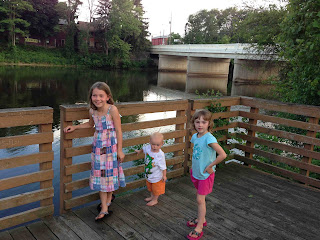 Congdon Park is just north of the St. Joseph River in Bristol. The river wraps around the edge of the park. There are places to fish, a walking path, a pavilion, and playground equipment. I'm looking forward to canoeing and/or kayaking nearby this summer! A recent addition is a playground to honor Karsyn A. Bell, a young girl in the area who lost a battle with cancer. Her family is very nice and several events are sponsored in her memory to connect community at the park. We've enjoyed the related activities there. 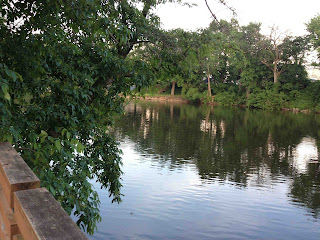 I've seen people using the path for exercising. It's scenic with the water and trees. 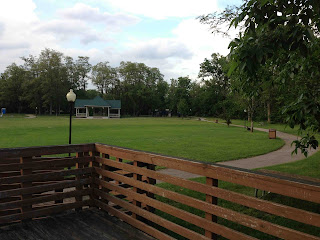 The kids found a place where they could get closer to the water. We had an interesting conversation about erosion, roots, plants to hold the dirt in, how rivers work, and more--it all started from a little exposed dirt and roots! 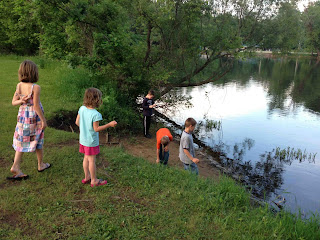 Someone is a little on the dramatic and friendly side--I like it as my children are usually pretty shy. 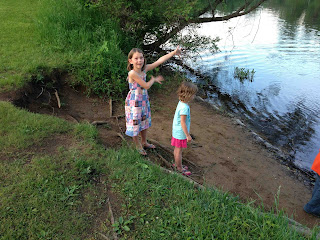 They also found treasures. We do this often--find one "interesting" thing nearby and then we talk about it. One was a leaf that was all gone except for the vein system--it was neat to see the intricacy of the "lace" another was a big feather. 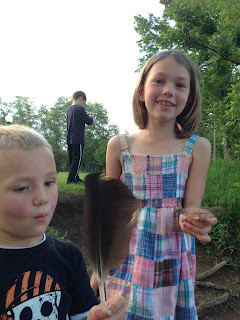 While the kids enjoy the playground in general, the pirate's ship is a unique draw! It goes with the elementary school's mascot and was the perfect backdrop for a pirate themed birthday party a couple of years ago. Arrg! Walk the plank, matey! 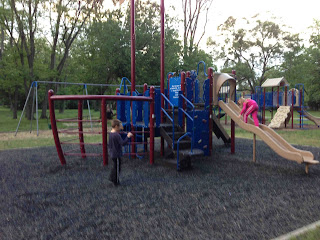 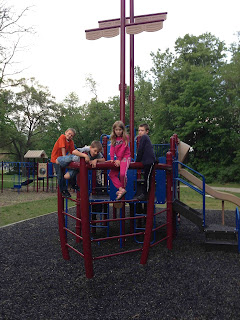 A few additional details about the park . . . there is a mulberry tree near the playground. This is a sweet treat when in season. There is a picnic bench near it as well--we've brought a quick picnic dinner here to eat often. There are also many interesting shaped trees. A few the kids climb. Others make great cover to hide during hide and seek, which we've played here several times as well. We often have a ball in the van during the summer, so there is also good open space to kick around a ball. It's a convenient park for us and isn't usually very busy.
Posted by Carla Gull at 12:55 AM