What a fun evening! Another mom posted on our moms group page about a mother/son activity yesterday called Hero Adventure at Grace Community Church in Goshen. We used to live near Indianapolis and there were yearly Touch a Truck (hint, hint, this would be a super cool activity for an organization to coordinate!) events that brought in big equipment, race cars, helicopters, and anything else with wheels for the children to climb on, look at, push buttons, and more. I haven't heard of an event like this in the area until I read about Hero Adventure. It is designed as a special evening for mothers and their sons (ages 2-11). Let me tell you, it was full of boy power!

As we entered, the boys received lollipops and met a local K-9. The boys enjoyed seeing the dog and the partner showed us his trick of having the dog look at the camera. The dog loves the toy ball. If the trainer puts the ball over the photographer's head, the dog will look at the camera. Makes for a good picture! 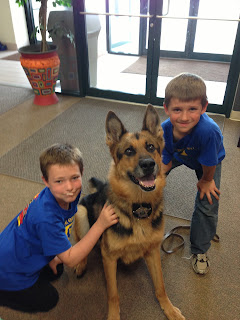 Inside the gym, there were lots of fun activities. The boys were immediately impressed by the HUGE space rocket slide. They said it was fun to go down! 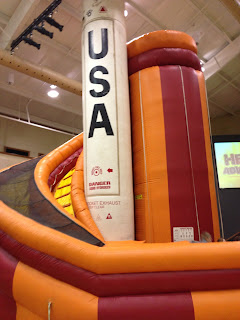 There was also a "batting cage" for our star players (only 1 game left this season!). 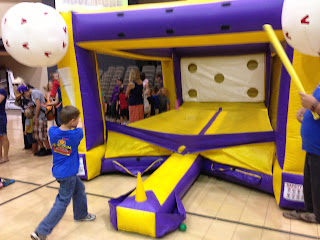 Spiderman was handing out high fives to my nephew. 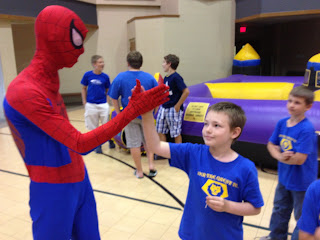 Bumblebee was in full force, too. 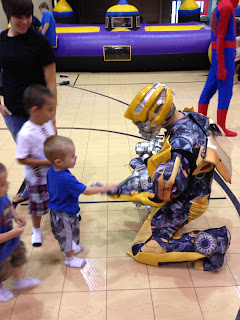 Bubbles certainly added to the atmosphere! It was great as the bubbles were squirted near the short lines--gave the kids something to do while waiting for a short while. 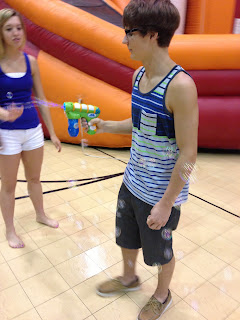 Darth Vader challenged my son. He took turns with all the boys who wanted to fight him! 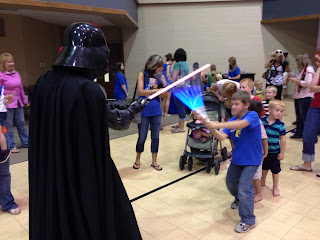 My 4-year-old was excited to see the Superman bounce house! 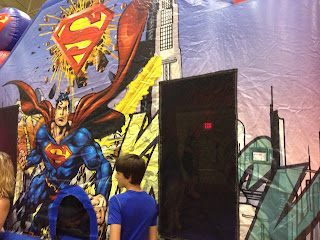 Of course, he liked the Rescue Heroes bounce house as well. The boys also liked a maze tunnel! 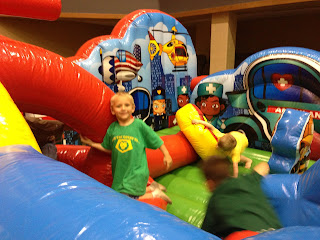 Shooting nerf dart guns at action figures was a hit! I looked around and could tell these boys were in boy heaven. I felt like a cool mom! I never really thought of how an activity like this could really connect boys and their moms. I saw lots of happy boys with their moms! 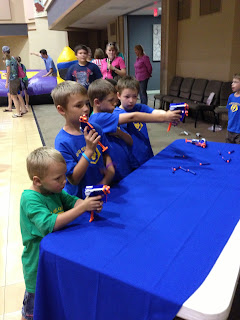 As if that wasn't enough fun, there was more to do outside! There were several tractors and even more fire and rescue trucks! 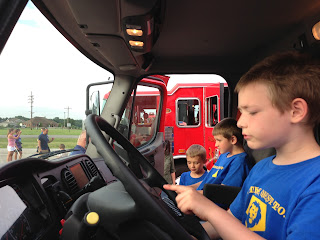 All the doors were open for exploration! 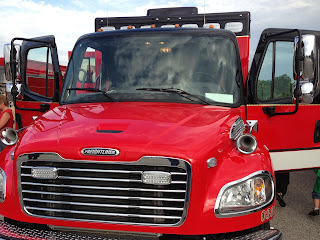 They even helped take care of a sick child! 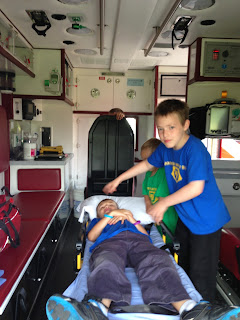 He loved seeing the wheels that are bigger than him! 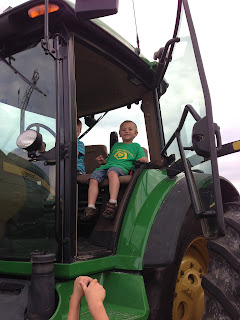 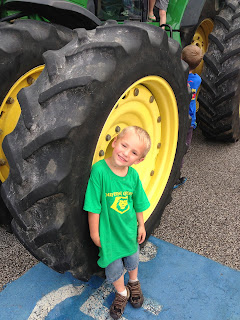 They didn't seem quite as impressed OR they've just gotten to the point where they won't smile on command for me like they used to! As in, "Mom, stop taking my picture, I'm busy having fun!" They climbed, explored, and pushed lots of buttons. I wonder what all will be turned on after they start up the engines! We heard talk of and saw preparations for a helicopter landing, but we started having rain later on. I wonder if the inclement weather messed up the chopper's arrival. While it's too bad, we were glad the weather was nice enough to do what we did! 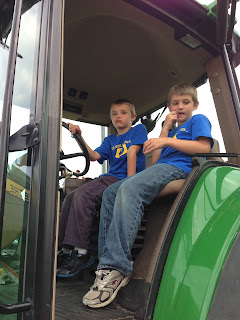 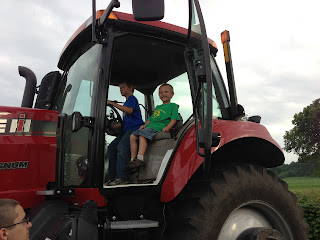 I loved this really short firefighter! Honestly, it's good for the boys to see these things up close and personal. I've been to many fire stations and they always show the boys the equipment they use and what they look like with the protective gear on so they will not be afraid of them in an emergency. My father was a firefighter in Elkhart for a few years when I was a girl. He came to my class with his own uniform to talk to us about what he did for work--it's always made an impression. 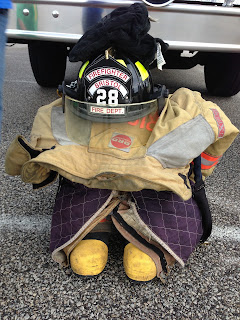 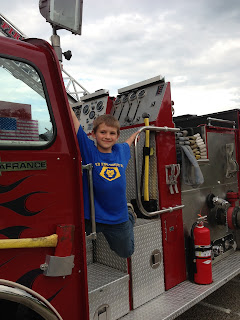 We needed a pit stop, so headed back inside for the restroom and to check out the popcorn. While it was nice to offer, I wish we had skipped the popcorn and made it at home after the event. They had a fun photo booth to commemorate the night--we should have been in that line! There were also LEGOS for building and hero coloring pages. Everyone looked like serious builders! 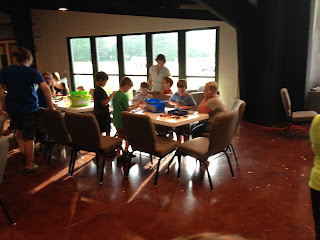 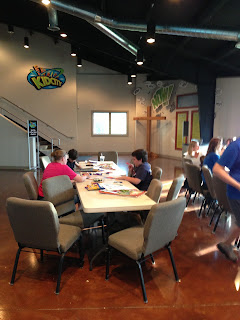 Grace Community Church did a nice job of pulling this together for community moms and their boys! Thanks for hosting Hero Adventure! There were numerous helpers throughout the building. People were friendly and the activities were great. Just what a mother of four boys needed!
Posted by Carla Gull at 12:31 AM