This morning we made it out for the first day of the Strawberry Upick season at Yoder's in Goshen! We have not been here before. The only address we could find was 15th Street in Goshen. I still don't have a better address, but we hashed out a few more directions in our Elkhart Moms and Tots group. Go south on State Road 15 though Goshen, past the library and South Side Soda Shop until you find College Avenue on the left. Turn left. Look for 15th Street on the right (several blocks down the road). Yoder's is on the right, across the street from Greencroft. 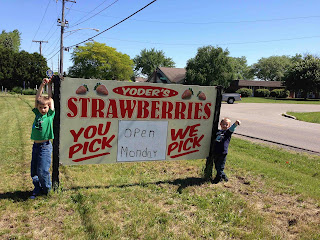 I've had a few conversations the last few days with other moms talking about my children being well-behaved or not running all over the place. We have 4 boys--they do wrestle and run around! While we were waiting for other moms and kids, I allowed their spontaneous wrestling, just moved them to a more appropriate open space rather than right in front of the strawberry office. I mentioned to another mom that while they "fight" and wrestle, we emphasize being safe about it. Use swords (or light sabers) against other swords. Avoid faces. Watch the body cues of the other person in case they're not enjoying it. If they need a little time apart they take it. Be more careful with younger kids. Rough and tumble play is important. 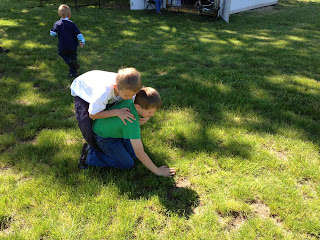 We gathered containers and headed off to the field. Containers are $1 here, but it's okay to bring your own container, too. I saw recycled plastic spinach containers, bowls, and other options. They let the kids use smaller berry boxes to empty into the larger container. Strawberries were $1.25/pound. 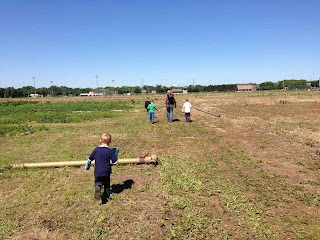 Picking time . . . I will say it took a little time to get the kids all on the same page as to what we expected of the berry picking. The older boys did better, but we needed to continually reemphasize which berries to pick. These were a few talking points we had with the boys: 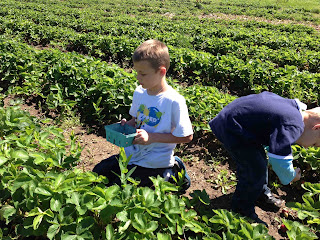 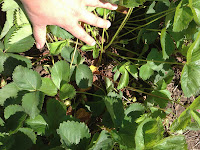 They really did get better at it as they moved along the row. 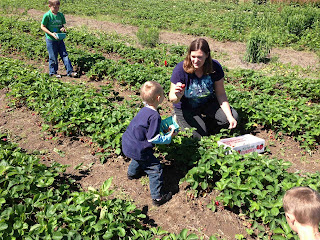 We used the backpack carrier for the baby, though I saw another mother with a car seat to move along as they went. Another mom had a stroller and it did not fit down the aisles, especially with the runners out in the aisles. After a while, it was nice to just stand him up in the back pack nearby. As the older kids lost interest, we could send them over to entertain their little brother. Having a way to break up the picking would be helpful for my boys, like throwing balls for a few minutes, playing a word game, or a collaborating on a circular story. 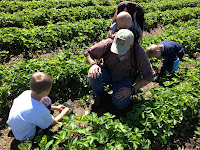 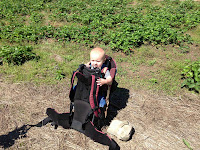 We met several friends--meeting up with others can be a great way to try something new. My kids were excited to see their friends! 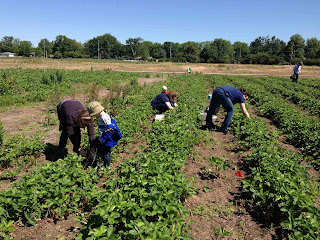 The smaller baskets for the boys worked really well. 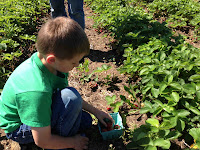 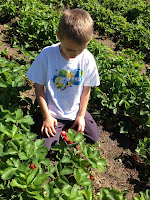 We even had a few science lessons . . . we talked about: 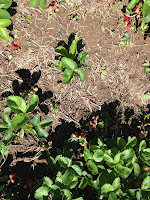 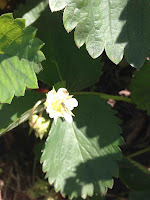 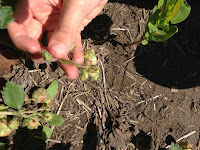 The rows were neatly ordered. Notice the red speck by the basket? To help keep track of which part needs picked, pickers move the flag along as they move, leaving it at the freshest spot for new pickers. 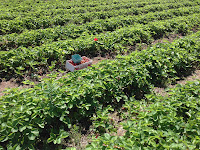 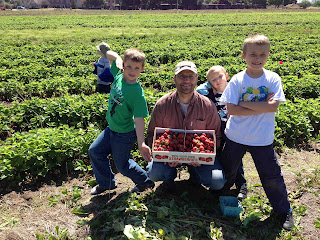 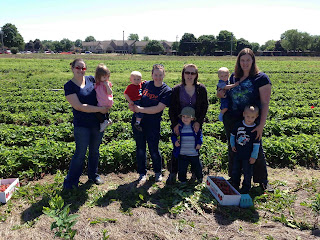 Before leaving, we had our berries weighed. We also snagged another flat for $24. Compare that to the $12.50 for the flat we picked ourselves (including the $1 box). It pays to pick our own, but we also knew the boys had enough at that point. We probably only spent 1/2 hour actively picking. Now, what to do with all these strawberries? 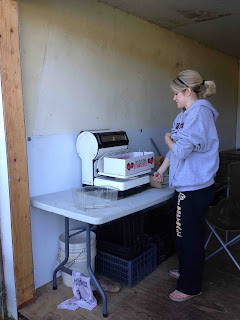 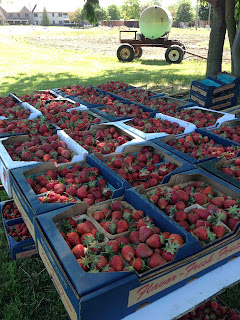 I'm all about combining work or exploration with recreation. We met at Shanklin Park for a picnic after our berry picking. It is close by, just heading back north on State Road 15 and turning left on Plymouth Ave. Shanklin is on the right. Many of the moms were from Elkhart and hadn't been to Shanklin, so I gave them the run down on the things I like there--nice, stroller friendly hike along the river (and easy to see beaver chewed trees), ponds, pool area, boat launch, canal, walking areas, great enclosed playground, water fountain and bathrooms, and so much more! Rieth Interpretive Center is also nearby with a great little place to explore nature. This guy was so excited to find treasures for me! 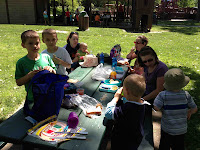 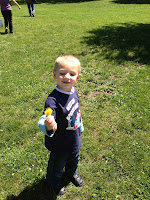 The summer lunch program was going on while we were there. Free lunches are given out at various parks and schools in the area. They must be eaten in the designated area, with a child being allowed to take either 1 fruit or vegetable as a snack later in the day. The program is designed for children ages 1-18 and is available in other communities too. 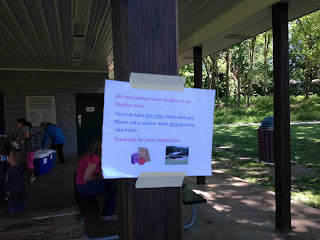 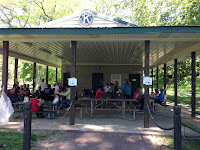 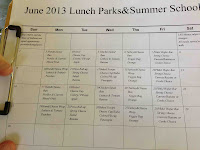 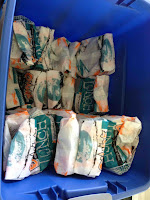 We also found more Cottonwood seeds swirling around. We collected some and a few fallen leaves. 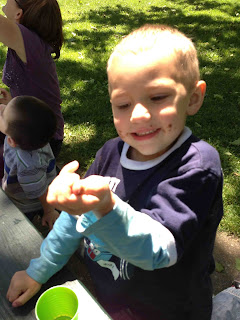 Then it was off to the playground! 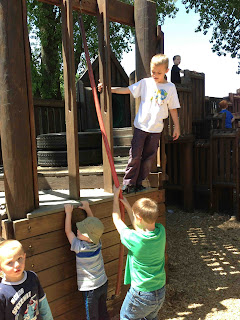 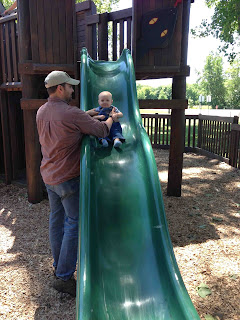