I was trying to convince the boys to go to the zoo on Friday, but they weren't that into it. They just wanted to go to the cool playground near it. It's a bit of a drive for us, so we compromised with the castle like playground down at Shanklin Park in Goshen, as we were going to be in the area later in the day. 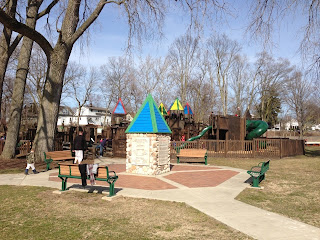 My kids talk about this playground a lot--it's made mostly of wood and has a great story. 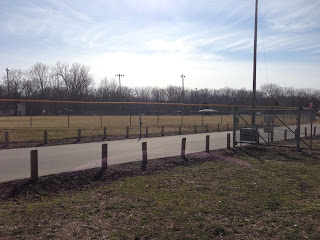 The playground is a small part of the complex. There are many fields to play sports. People were out practicing. 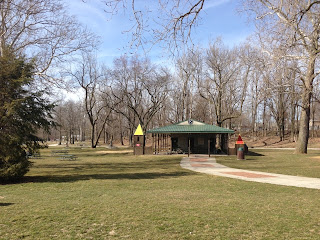 There are also shelters available for use and/or rent. There is a pool (fee) that is open in warmer months. 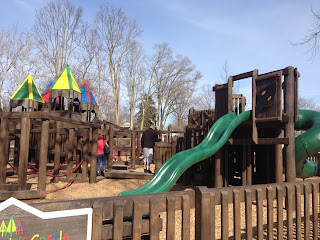 Some  trees were just beginning to open their blossoms. Finally starting to feel like spring! 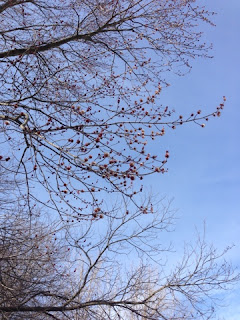 The park is right by the Millrace Canal. Birds were singing and plentiful. It was interesting to see the exposed roots and adaptations of the trees to grow in this area. 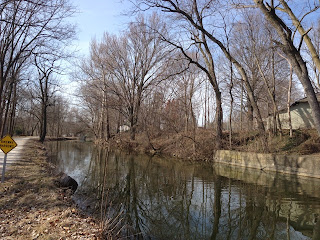 Bikers and joggers zoomed by! I used the stroller just fine on these trails. I don't mind the backpack carrier, but sometimes it's nice to push! 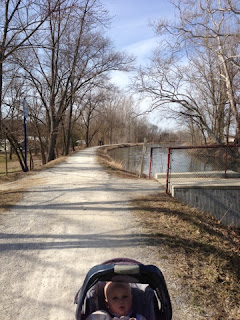 Goshen Parks houses their maintenance equipment and such here. It was nice to see canoes--looking forward to paddling this summer! These are available for rent. There is a launch site on the river, too. 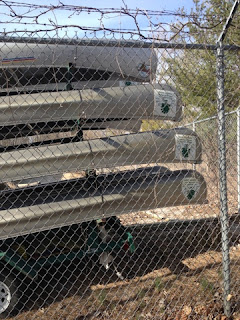 There is an open area around the power lines, complete with bird boxes. 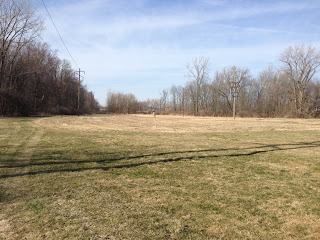 I headed back along the trial by the river and saw lots of evidence of animals, such as holes. 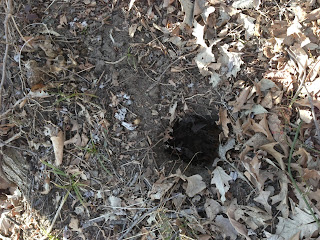 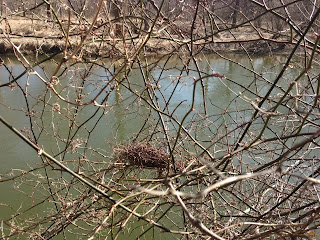 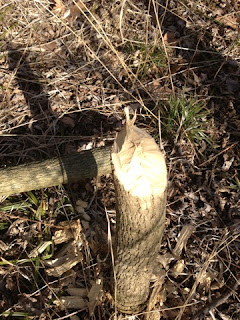 There was a fair amount of beaver activity in the area. People were also fishing, biking, and hiking. 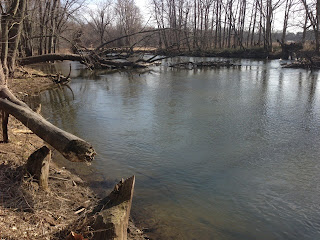 What a pleasant walk! It was a warmer day outside, so a jacket was perfect. Had to store the heavier coats in the stroller. They came in handy later in the evening, though. 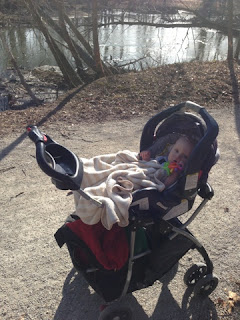 No jumping, just in case you were tempted. The trail continued over the river to an open section with smaller trees. 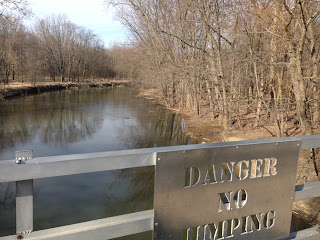 We made our way back to the playground, where everyone was still playing. 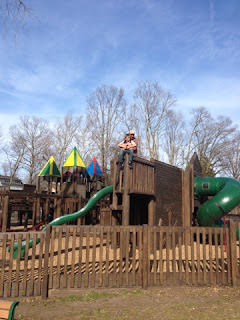 Tommy's Kids Castle has a great story, as it was a community driven response to a downed police officer. Grief was turned into helping the community. 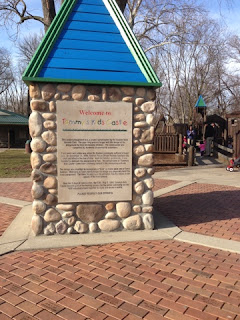 Shanklin Park is a great place to visit. There is a large variety of things to do there, so repeat visits would be encouraged. Also, it's easy to dovetail play, nature study, and recreational activities at a site like this. There are many geocaches in the area and it's just right across from Rieth Interpretive Center! Lots of possibilities!