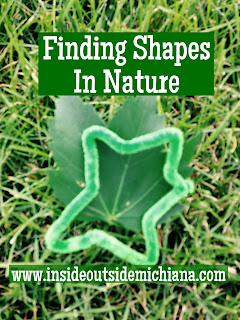 As our children get older and involved in more activities, I find myself waiting around town with younger kids more and more. This summer our oldest attended band camp and we waited outside the high school for an hour daily. There s a wide strip of grass with a few trees between the parking lot and the street. We often spent time playing out on the grass, exploring, and reading while we were there. One day, we had a pack of pipe cleaners (I mean chenille stems--why do we call them that now?) we picked up at a nearby garage sale and an idea I had seen to use pipe cleaner shapes for a shape hunt. I was totally impressed with how much we focused on shapes during the hour. It also really carried over into other outdoor time and conversations. This is a keeper activity for sure! 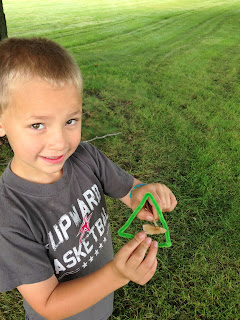 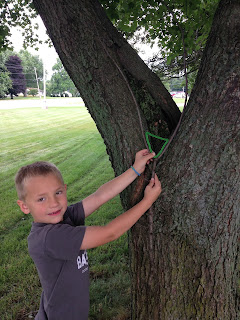 We started with some basic shapes, like a triangle. A portion of a mushroom and the angle in a y-shaped stick fit the triangle well! 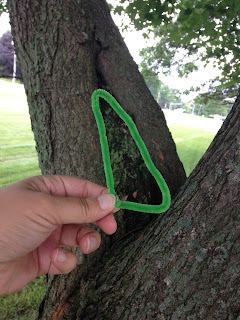 We found circles everywhere! My eight-year-old noticed the circumference of the tree was also a circle! 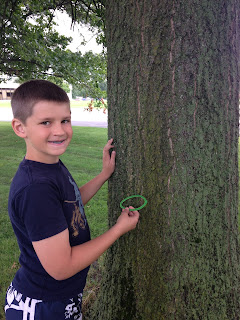 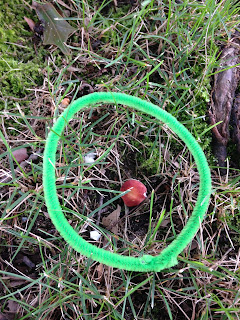 Mushrooms and a cut off branch also were circles! 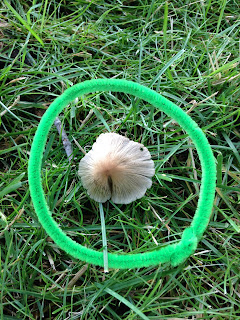 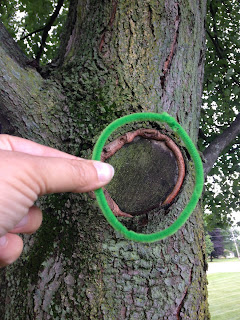 We realized a rectangle in nature might be a twig. Upon closer inspection, the first "twig" was really a caterpillar. We had to look it up when we returned home. It was the maple span worm! 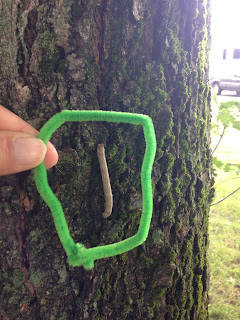 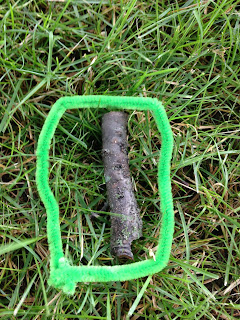 The boys surprised me when they pointed out the maple leaf as a star shape--indeed! The shapes also made a good bracelet. 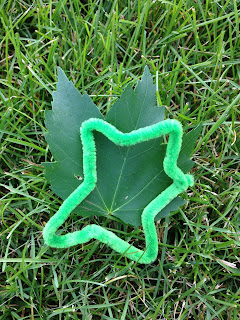 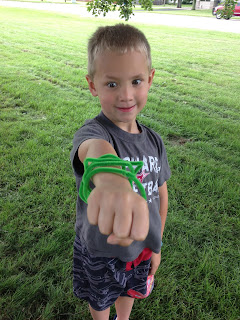 It was interesting to watch how my son took the shapes from "nature" to his body. He realized his face was oval and his eyes are round. They even started making shapes with their bodies! 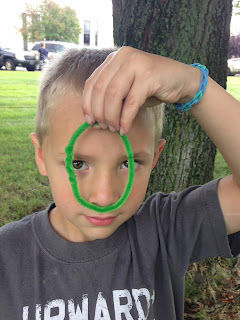 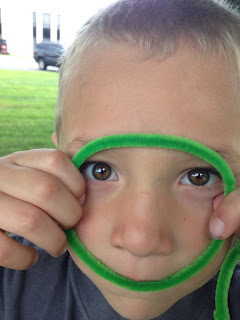 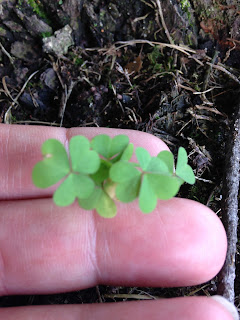 As we were right next to the parking lot, we started finding shapes in our human environment as well. The van had round headlights and lots of ovals in the Toyota logo. We started talking about logos and then found lots of cars with different logos, like Ford, the Honda H, GMC, and more. Even the 2-year-old was getting into it! 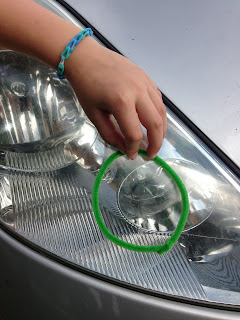 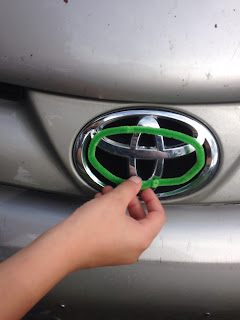 Next up, we had swim practice. Guess what? More waiting! This time only the 2-year-old and I needed to wait. We brought a few shapes and found triangle pennants and other shapes. Some pipe cleaners became a spider with 8 legs, just like the toy spider he had. Just as an FYI, we're always within 3 feet of a spider! It only creeps most people out. 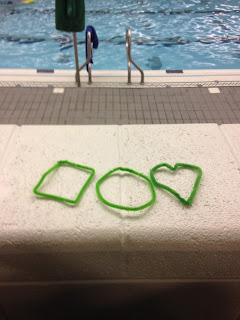 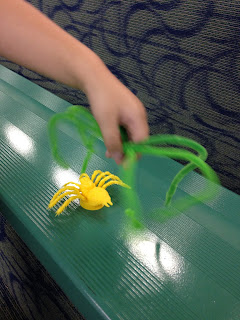 My son even found a triangle shape with the letter A! Of course, his spiders needed to explore a little as well! 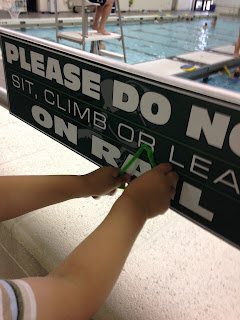 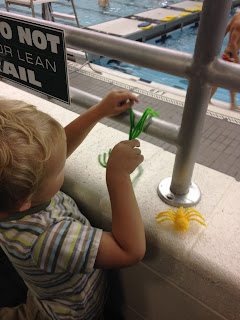 I encourage you to take advantage of "wait" time. It's a great time to explore whatever nature you may find close by!