It was Kids Day as part of Living Trails at Woodlawn Nature Center on Friday. The boys started with a scavenger hunt to find various artifacts inside the Nature Center and outside with the reenactors. This living history weekend gave us a look into life in the past. Various tables were set up inside, showing different foods and artifacts from the time periods represented. 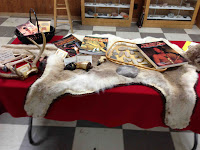 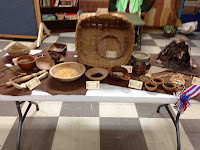 As they found the items on the scavenger hunt, they received a ribbon to tie onto a grape vine wreath. We ventured outside to check out the tents set up. This tent depicted an upper class militia family. The items inside were of high quality and very portable. The reenactor was very knowledgeable and shared wisdom freely. 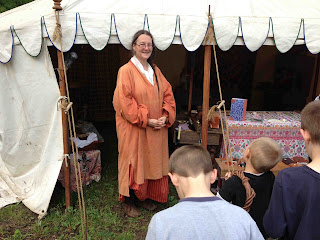 Inside the tent showed her pet birds and other exotic items that came from lands far away, denoting their higher status in society. As an example of the exotic nature of some things, she mentioned that people would have pineapple viewing parties, as the pineapple was so rare at the time. She was working on beautiful quill work. It was intricate and detailed. 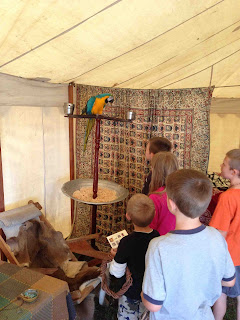 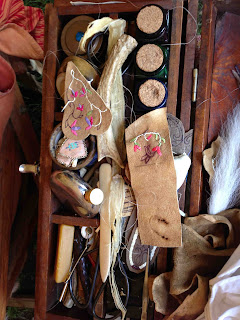 We also went and saw the spinner. She was turning wool into yarn and was helpful with the children. We found the more that we talked to the people and asked them questions, the more we learned and were transported to the past. 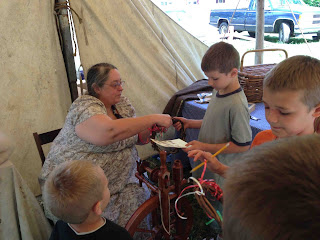 The boys liked the selection of old time children's toys, with classics such as pecking hens, Jacob's ladder, beads, and more. Several of the tents had small items for sale. They also tried their hand at grinding corn. The mortar and pestle seems to be universally found in some way. Having lived overseas for about 10 years, I had started a collection from the various places I visited. I saw a similar sized mortar and pestle while doing missionary work in the Dominican Republic about 15 years ago. The women were separating the chaff from the grain as part of a normal tool they used on a daily basis. 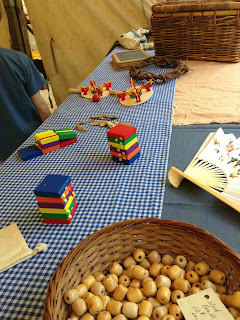 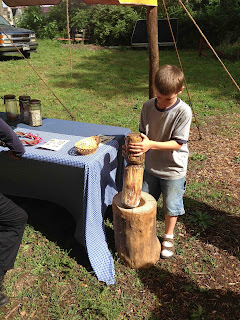 Inside, children had several activities, such as making puppets and planting the Three Sisters. 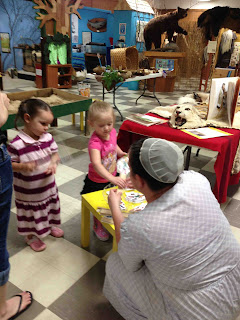 There was also an archeological dig to find artifacts from the past. 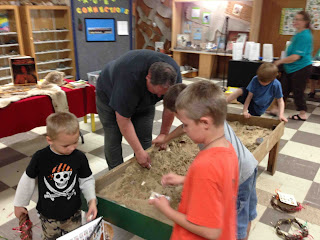 My sons were proudly wearing their necklaces when I returned home later in the day--they liked it! They even used sinew to string them! 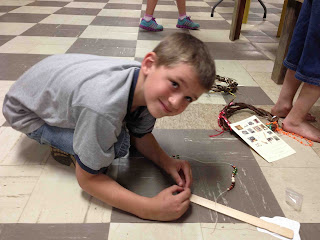 The wigwam area had an updated entrance, explaining Karlee's story and the inspiration for the wigwam. 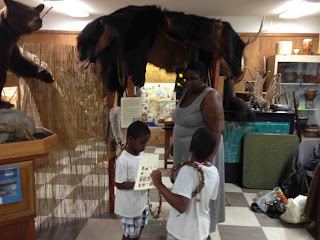 The baby bear is part of a new collection that will be unveiled in September. There was a steady stream of families bring their children to check things out for Kids Day. When the children completed the scavenger hunt, they received a special medallion, stamped for Living Trails 2013. 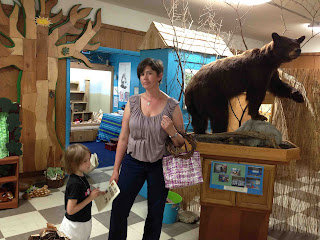 Outside, we could still see traditional skills such as cooking and sewing. 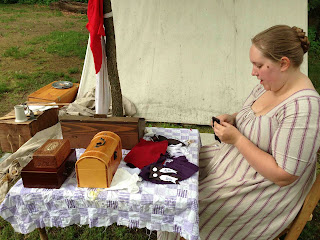 Wares were for sale. 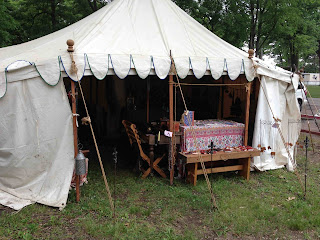 The blacksmith was busy working on products. 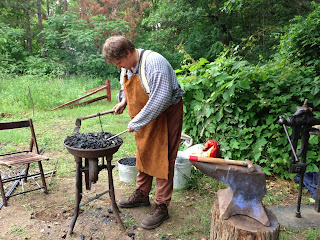 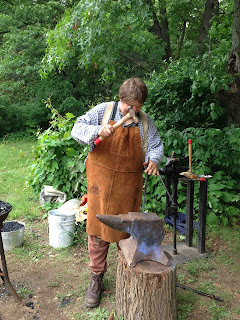 We checked out this tent again and found more stories and examples of how things were done. 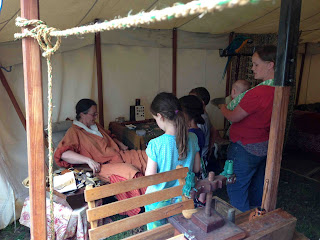 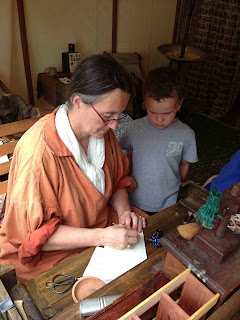 She showed us different (beautiful!) manuscript types, the various names, and how they were created. We compared this to cursive writing today, though the terminology was quite different in the time period represented. 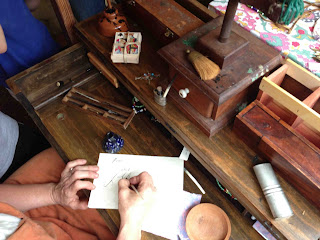 I love that this guy's wreath became his crown! 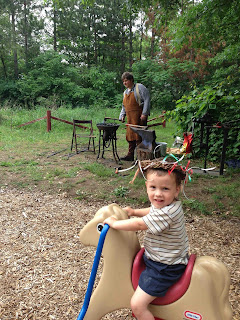 Other toddlers made puppets inside. 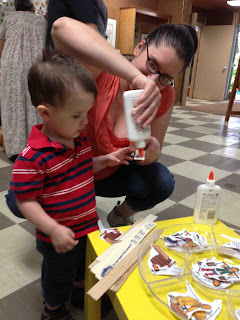 There were a few traditional games to play as well as coloring sheets and word searches. 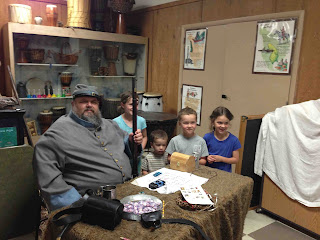 We had a good visit and were delighted to be transported to the past. We have been to bigger reenactments; however, with the price of $2, this was a great experience for our family and gave us a more intimate experience than larger festivals. It sounds like even more tents and reenactors will be setting up for the rest of the weekend.