We've been to a couple of Amphibian/Reptile shows through Elkhart County Parks, but I still always have more to learn! As we are studying amphibians through the Outdoor Hour Handbook of Nature Study Challenge, I knew we had to go!

We arrived a little late, but caught the life cycle of an amphibian and all the frogs and toads being passed around. The area around the Briar Patch shelter at Bonneyville Mill is a nice area. We often have family reunions there, so even when we didn't live in the area, we came to this spot! It is easily accessible to trails, a playground, and a water feature. 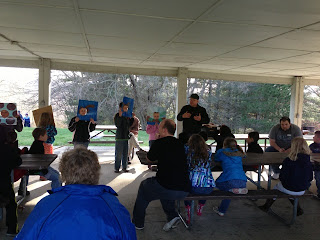 We saw lots of species, like an American Toad, spring peeper, bull frog and more! I usually go to the Indiana DNR site to find more information about the specifics of amphibians. I put together this frog and toad call list from there earlier about a month ago to put all the calls of the frogs from our area in one place. Some are rare or of special concern in the area. 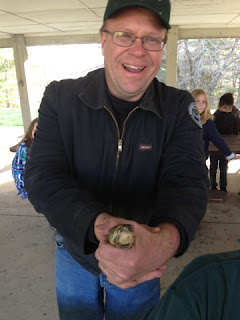 This is a Spring Peeper--it's a tiny little thing. 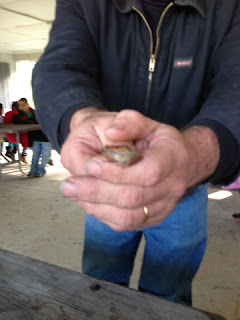 As Courtney talked about the characteristics and calls, he shared many of his "jokes" we've heard several times. When he talked about the calls, he said the frogs were looking for girlfriends and boyfriends. All the children from Boys and Girls club started going, "Ewww!". 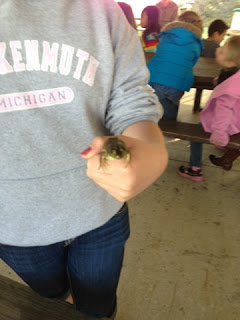 Cute to see such interest! 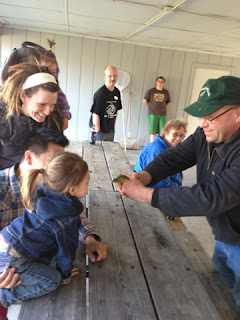 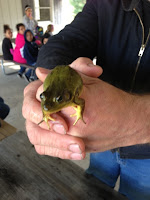 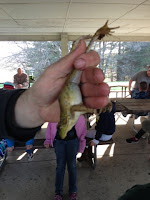 Later, we headed to the pond to release the frogs. Most of the children had the opportunity to touch and/or release at least one frog. 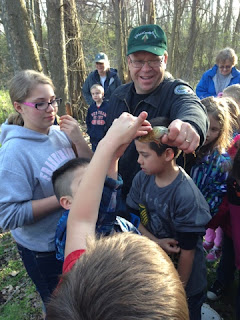 There was a whole bucket of them! Courtney had been collecting for a few days, trying to have a different example of all the frogs in the area. 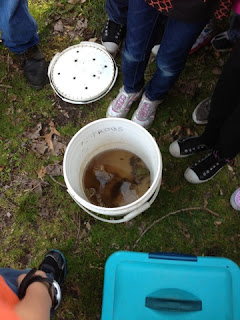 What a face! He seemed more excited in person, just not keen on the picture! 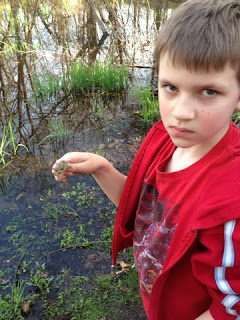 While it was noisy and most of the frogs quickly hopped away, we were still close enough to see the frogs in their natural habitats. Sometimes,  a guided experience like this can help transition to our own explorations later. 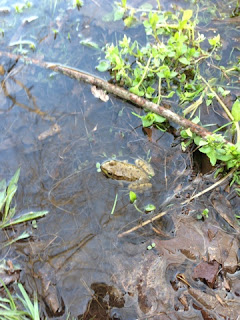 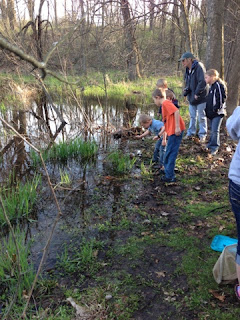 Courtney had tried to find a wood frog for several days. One of his children caught one right before we left. This time is great to ask questions, seek clarification of the different amphibians, and discuss the frogs and toads in more depth. I learn so much from these more informal sessions, such as knowing the choral frog is done calling for the season. 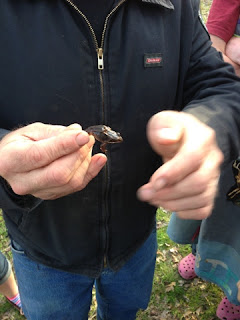 This is why we came--the hands on, guided exploration time. Love seeing these guys together! 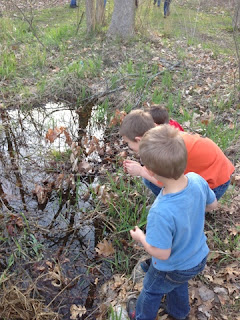