My son was so excited about his field trip to Kercher's Sunrise Orchard this week! We've already picked apples this summer, but it's different when you get to go with your new friends from school. The field trip was $5/child and $4/adult, which I thought was well worth the money for what we did and brought home with us. Kercher's is located south of Goshen on County Road 38. They even have a fall festival on October 5th and 6th and other special activities throughout the season. 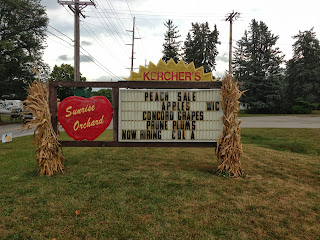 Mrs. Kercher (aka Mrs. Apple) knew how to talk to the preschoolers and how to lead a tour. She told us about the farm and apples. There are 7500 varieties of apples in the world. Only 2000 varieties are grown in the United States. At Kercher's, they grow 20 varieties. She helped the children understand that apples grow on trees and gourds grown on vines. She mentioned the many types of produce they grown, like pumpkins, sweet corn, cabbage, gourds, peaches, and more. These are sold at local grocery stores like Martin's, Trader Joe's, and Whole Foods. Of course, I was poking around the plants and trees and immediately found Pokeweed berries as we started walking. I wondered how I had purple/red on me later--from the poisonous berries! As I researched it more, I found that pokeweed is being looked at for its anti-cancer properties. The berries are also used to make red dye. 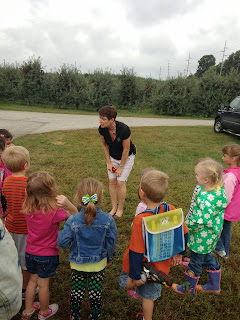 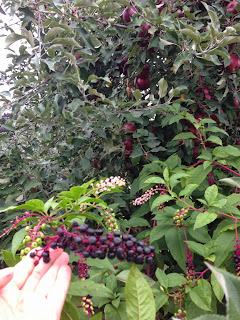 Asparagus was also growing near the trees! She talked about the male and female plants. Then, we were ready to talk apples with Mrs. Apple! Jonathan and Cortland apples were ready for picking while we were there.

Jonathan is tart. She said, it "makes me pucker." These are good for apple pie, crisp, etc.
Cortland is a big sweet apple. It has a white meat. It was interesting to note the Cortlands typically grew in pairs. Cortlands make a good pie mixed with the Jonathans. 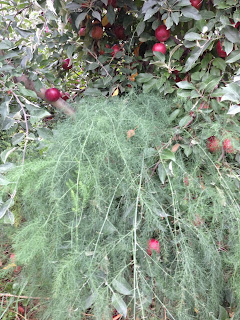 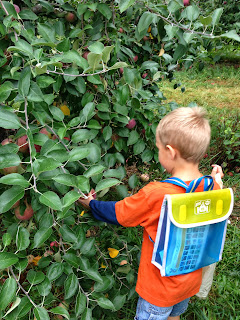 We also were able to find an apple with the blossom still attached. This helped remind us of the life cycle of the apple and the different parts and stages of apples. The children picked a few of their own apples with the extra emphasis on the children from Mrs. Apple. 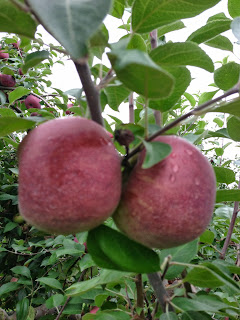 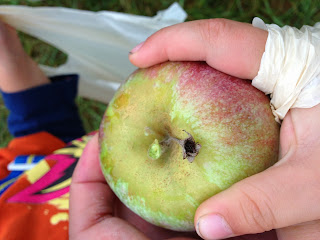 As the children and adults started munching on apples, Mrs. Kercher mentioned the various types of apple eaters: side winders, rotators, hackers, top downers, etc. We all have our own ways--how do you eat your apple? Next, we went on a hayride while we were snacking on our apples. They need skinny tractors at this farm to fit between all the rows. 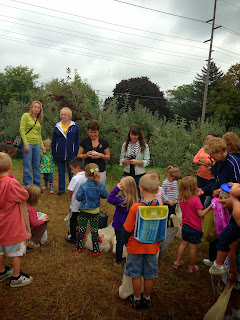 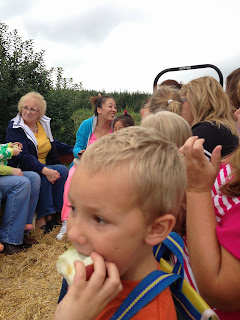 We made a few observations through the corn maze. We were warned the ground would be bumpy, which it was. We talked about how we had recently painted with corn silks. Others also noted a small turtle. It looks like a type of a snapping turtle. It's hatching time for these and they instinctively head toward water after they are hatched. Here is a page that looks at the differences between common snapping turtles and alligator snapping turtles. There were jokes along the way and the hay ride driver gave us hints on how to get out more easily--not that I've ever been lost in a corn maze--never! :-) 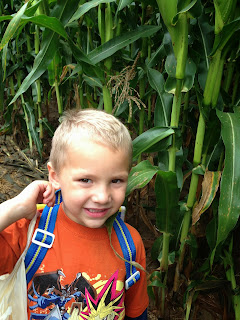 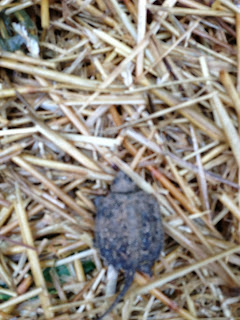 It was interesting to see some of the details on the corn plants. We drive past corn fields on a daily basis as we live in a more rural area; however, we don't always notice the details, such as these brace roots. We could also see how these are more of a grass than other type of vegetable. Sunflowers and other plants were along the edges. We saw pollinators at work and heavy sunflower heads bowing to the ground. 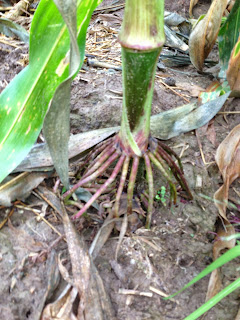 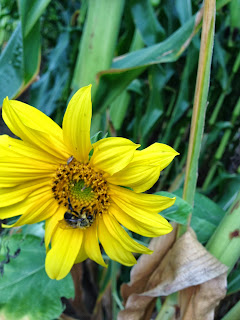 We also stopped at the gourd patch and picked out a gourd to take home. My son had a specific vision in mind as to what he wanted. He promptly came home and colored all over his! At the end of our journey, we were treated to apple cider in an apple shaped cup--they were a hit! The children also received coloring books. 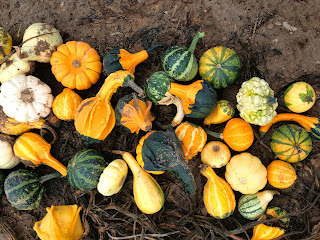 Kercher's is a quaint place to visit for fall. There are several good photo ops if you're looking for fall pictures. It could be a fun place to pick out the perfect pumpkin, too. 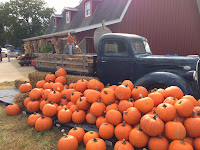 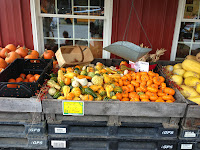 Inside the store, there are jams, jellies, produce, pies, baked goods, gift products, and more. It's worth a browse!

There are also a couple rock displays. These could be used to learn more about rocks or to help build a child's (or adult's) natural TREASURES! 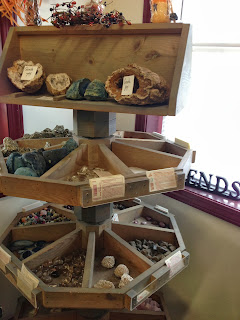 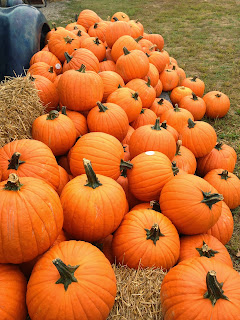