On President's Day we ventured over to Pokagon State Park to use a gift certificate my son won for the toboggan ride. I was a little nervous about the lines on a holiday, but watched the Toboggan Run webcam in the morning and noticed the lines were fairly short. The weather was beautiful! 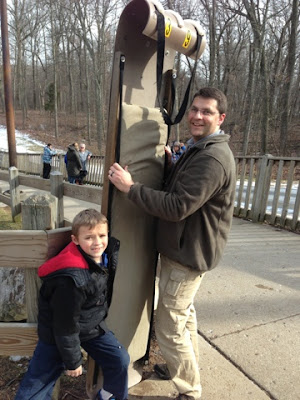 The lines were short! 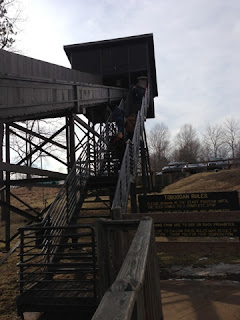 The boys were out with attitude in full form. 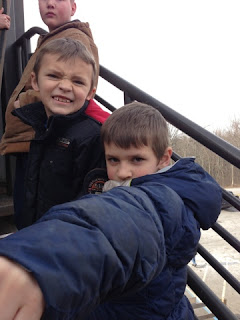 I still feel awkward sitting on these. 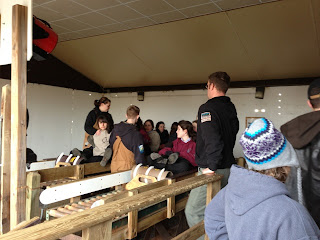 And scream all the way down. This time we had a little mishap all the way at the end. My son's hand rubbed against the side and got scraped up a bit. Watch out for those hands! This is the first time I've seen or heard of this happening. 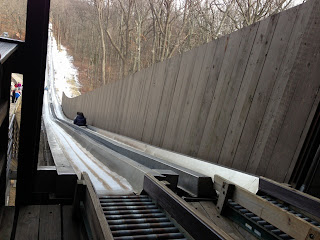 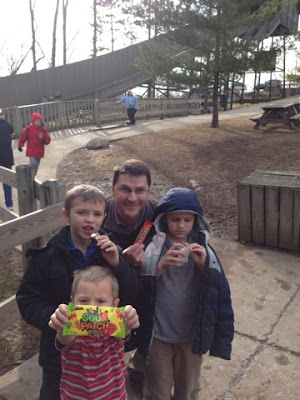 Later we went over to the Nature Center. 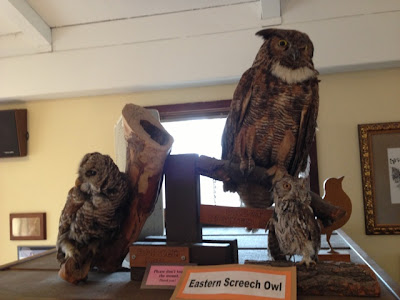 A highlight was seeing the frogs and salamander eat crickets! 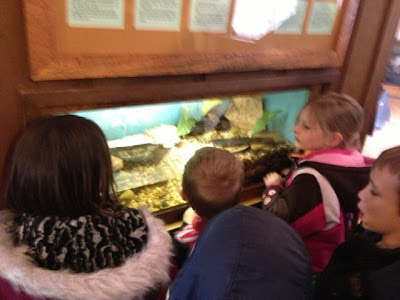 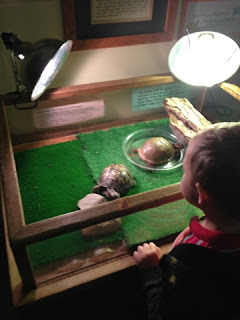 I snapped a picture of this inside the Nature Center--good places to explore nearby. 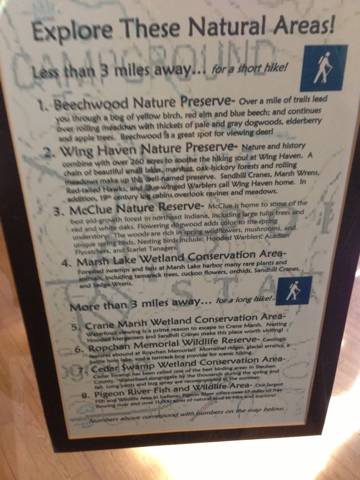 We went for a hike back behind the Nature Center. 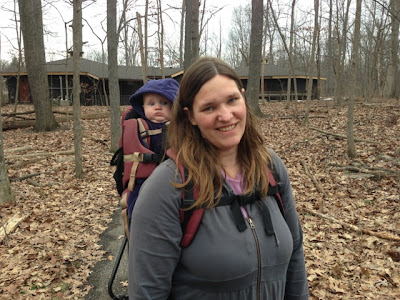 The lake is in the background. As you can see in the photo, it seemed like a storm was brewing, so we just had a short hike. 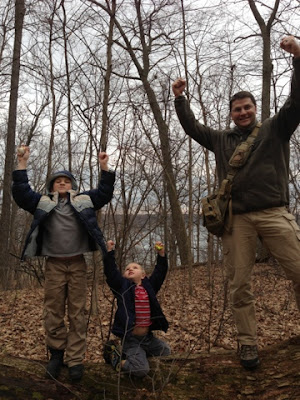 We still had plenty of time to climb things! 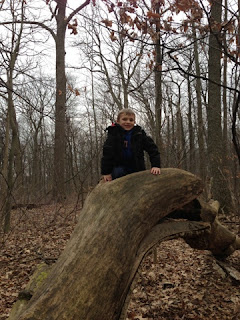 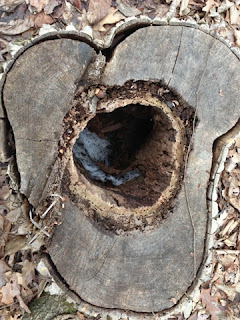 This child found evidence of animals in wildlife. I took his lead and shared similar half eaten nuts when I talked about animals in winter to a group of preschoolers later that week. 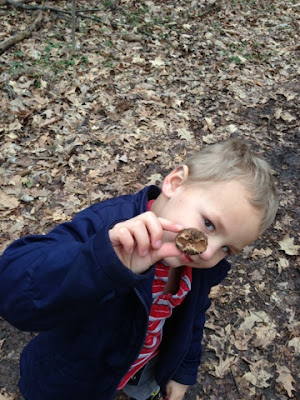 We found a puddingstone rock as part of a geocache. It was getting muddy with the melting snow! 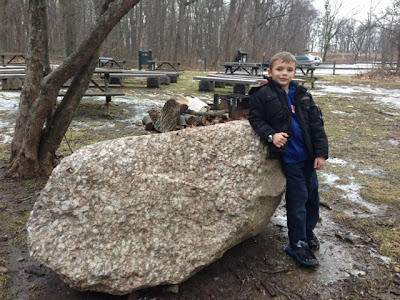 There is a playground nearby. The storm hadn't hit yet, so we kept our promise to check it out. We often will combine recreation with nature. Stopping at the playground after going on a hike seems like a treat. 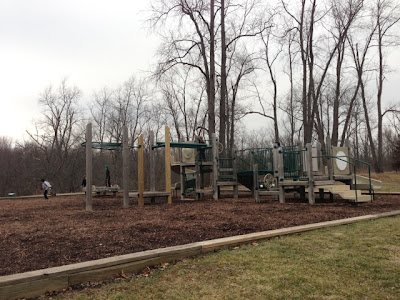 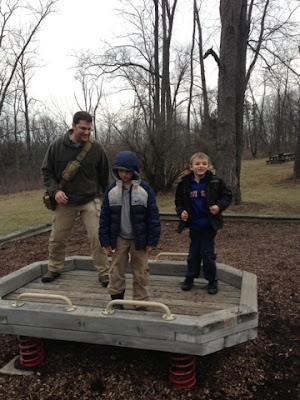 While the playground was fun, it wasn't very long before the boys were in the open field busting apart a big blob of snow! 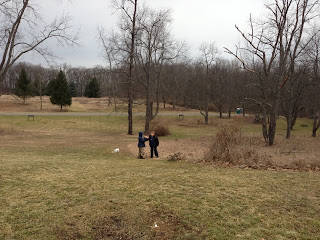