My recent 4-year-old and I went to Nature Nuts recently. He was being a bit shy early in the morning as we arrived, but after time outside (another benefit of nature!) he was less apprehensive and joined the group again. Krista Daniels, naturalist with Elkhart County Parks, started with a story, a very cute story about a girl who started planting things in her backyard that allowed the animals to visit. Soon, her neighbors started doing the same. 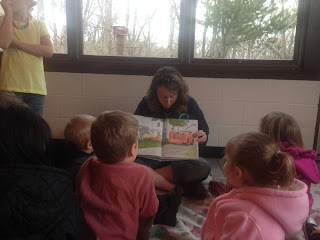 Then, the children potted their own flowers to take home. My son is very proud of his flowers, though they are still looking for a more permanent home, along with the many irises our neighbor passed along. 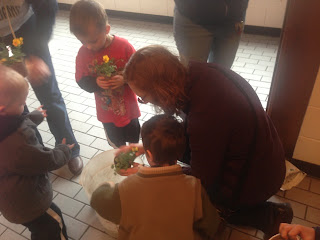 They had flower related snacks. Ranch dressing helped the "flowers" go down a more easily for some. 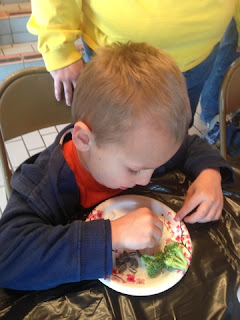 Outside we went for a walk and saw the very early wildflowers. They were still very new and few had flowers yet. 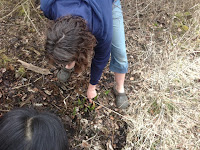 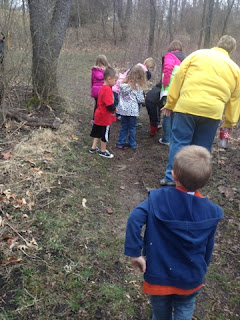 We found harbinger of spring, an early wildflower that signal spring is here! It's interesting that this guy keeps finding them and sharing with me! He remembers them. He wasn't sure about them at first, but then liked them! 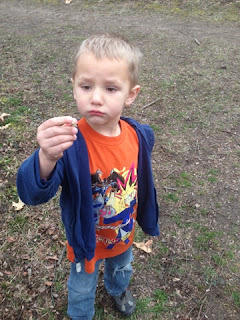 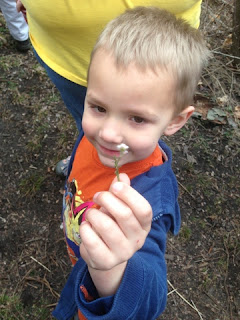 Bush honeysuckle was also out in full force. This non-native invasive species is of concern as it takes over potential habitat and spreads quickly. I linked to a fact sheet and what you can do to help get rid of these in the name. Still--it was nice to see signs of spring! Green is starting to pop out! 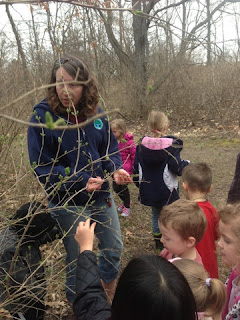 This is another invasive plant called garlic mustard. It is a very destructive invasive plant in much of the state. While it is prolific, it is also edible, so pull some and start cooking! 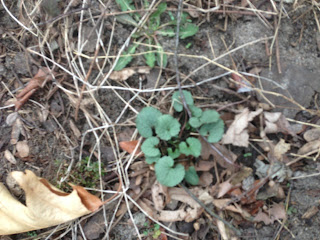 Dandelions were also popping up! These also are not native; however, they are not as damaging as the garlic mustard. They are also edible and highly nutritious. If you're not sure you want them from your yard, they sell dandelion greens at Meijer. 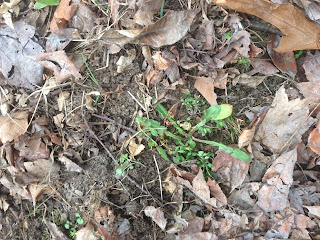 A trillium was peeking up. Note the three leaves. The flower will also have three petals. They grow in a variety of colors. 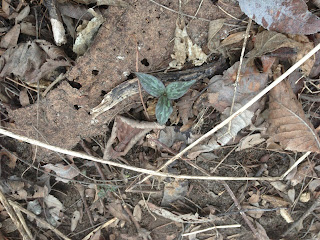 We passed by the water, aka Spring Peeper wetland area at this time of year. They were singing quite loudly! Brush up on your toad and frog calls here. 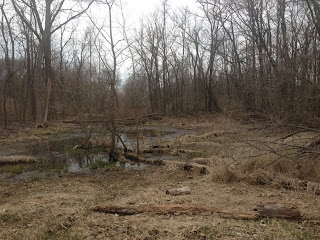 Going up the hill is always fun! 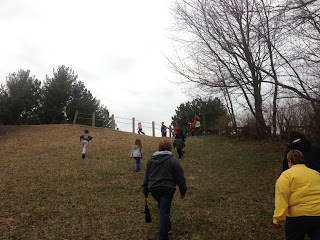 We saw an entrance to a woodchuck burrow. 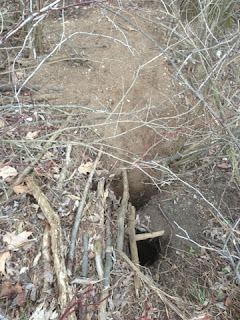 We saw where rabbits were chewing away at a bush. 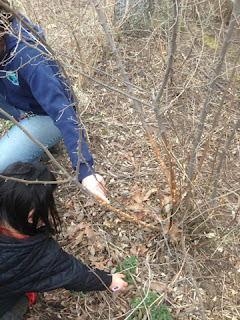 Lambs Ear was also out. The soft fuzzy texture is always a favorite to touch. 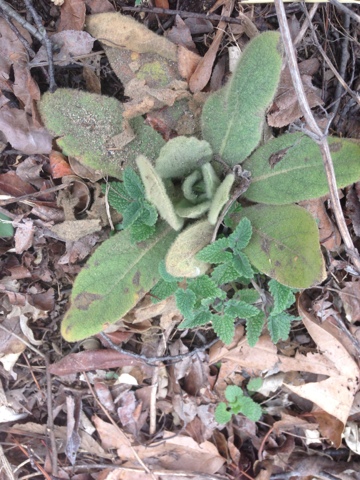 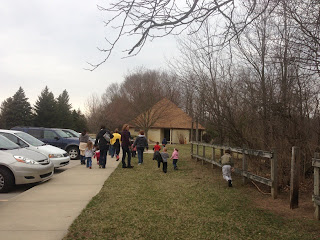 Dutchmen's Breeches, named after the shape of the flower, were also starting to show up. 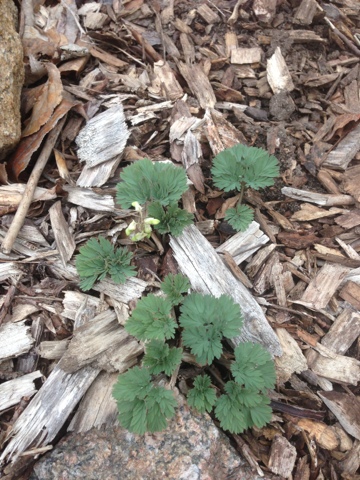 And another--I can't find my notes, so I'll have to remember the name on another day! One interesting observation . . . my son was very shy when we arrived, sticking close to his momma and not answering questions. However, after we went outside he warmed up, sat next to the other children, and was involved more in the activities. The power of nature is at it again! 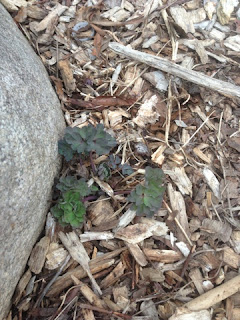 Near the Warming Haus, the bulbs were in full bloom! Nice dash of color! 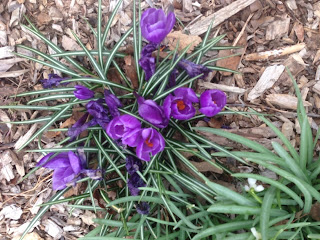 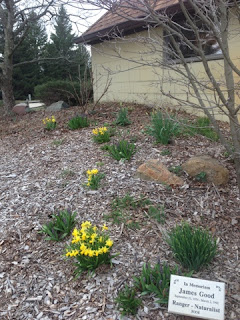