Have you heard of Passport to Play? When a friend first told me of it, I was immediately excited! She brought one of the colorful brochures that explain the events. The programs are sponsored by South Bend Parks and Recreation Department, the Reducing Obesity Coalition of St. Joseph County, and HealthWorks! Kids' Museum, though activities can be found at various places around the city. The passports include basic nutrition information, active games to play, and more! Many events are planned and each stamp gets you closer to winning some of cool prizes! Not that we need incentive to EXPLORE the cool things going on around us . . . 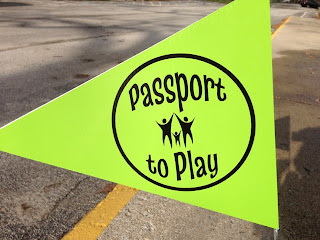 I was actually busy this Saturday morning, so my stud muffin husband (his suggested description) took the 4 boys (8, 6, 4, and 8 months) to Potawatomi Zoo by himself. He had been hemming and hawing about going before, but was really glad they went! We hadn't taken the boys to this zoo since we moved back to the area, though I have found memories there as a child. They met the group at the front gate for an early morning tour. This was a specially arranged time, so unfortunately, some who were running late missed out on the zoo portion of the activity. 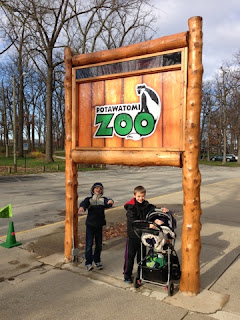 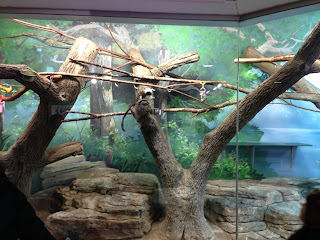 It was still early in the morning, so many of the outdoor animals were still inside due to the cold temps that morning. However, the lemurs inside were fun to watch. 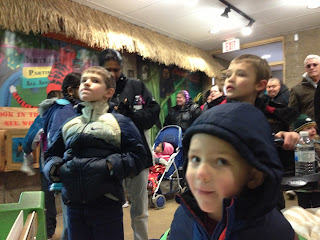 There were also alligators, snakes, and other reptiles. 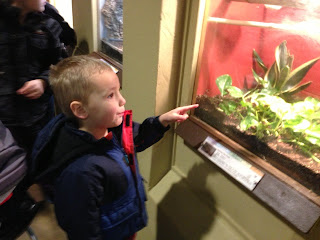 The ducks and fish were active outside! They also saw the kangaroos outside. My husband said this was a good preview to the zoo. He would go back and consider purchasing a membership as it pays for itself (at least for our family of 6) in two visits. However, he would go later in the day when the animals are more active. I can think of several fun activities for repeat visits. 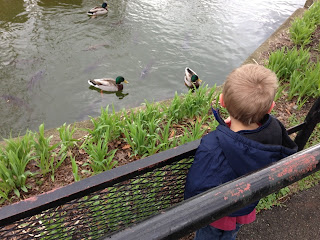 While my husband didn't snap a picture of it, my oldest found garlic mustard exclaiming, "Dad, this place has a lot of garlic mustard!" It's sinking in and he's recognizing it all over the place now. Last year was our first back in the area and I remember feeling the same way, like my eyes were opened and I saw garlic mustard EVERYWHERE! We can help control it and lots of places need help to pull it. Our own backyards are a great place to start. (or the zoo, but maybe ask first?) 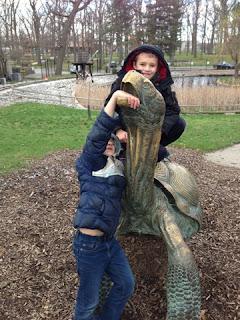 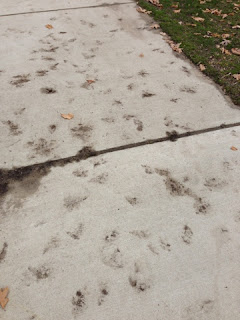 After the zoo visit, the group went over to Potawatomi Park to play. It's always great to explore new parks. 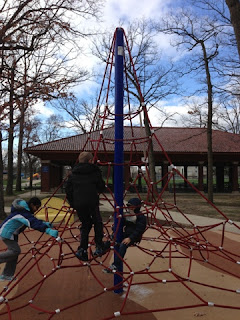 I love this guy's smile! He is always so content and happy! 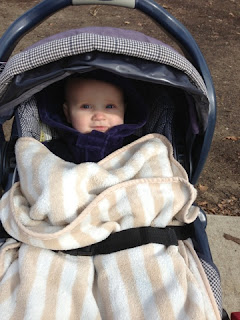 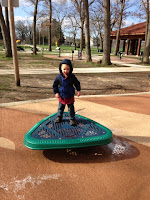 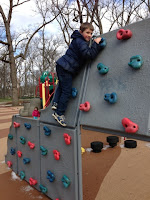 It was a bit chilly and windy, so the crowds didn't stay too long. They enjoyed playing tag and climbing all over the equipment. 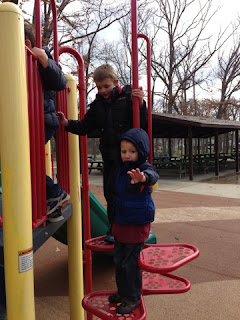 Martin's Supermarket also handed out free water. Water is always good, though we usually try to bring refillable bottles and a big jug. 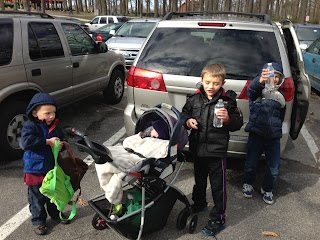 Thanks to all the organizations that helped pull together a great event! Other activities are coming up, such as gardening, healthy cooking, bugs and plants, climbing walls, nautical adventures, dancing, and more!
Posted by Matt at 10:51 PM