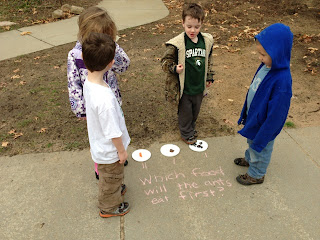 Since we were already outside and using the chalk, we drew pictures of insects and wrote some or all of the letters for the insect words. This is my son's drawing of a moth. He wrote the oth, I helped with the m. He's getting there. 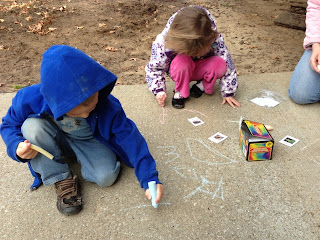 We even drew a picture of the general body parts of an insect and what characteristics define an insect. Some of the moms wondered why insects have 3 pairs of legs instead of just saying they have six legs. We talked about the head, thorax, abdomen, exoskeleton, and antennae. 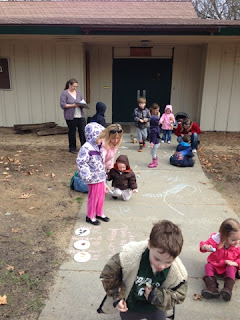 We brought our ant experiment over to an area where a mom had noticed ant hills. 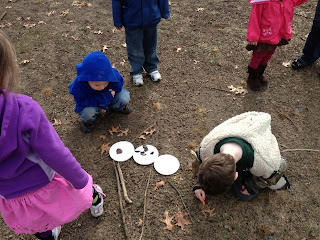 Then we headed inside to decorate bug jars and looked at lots of types of insects on cards. 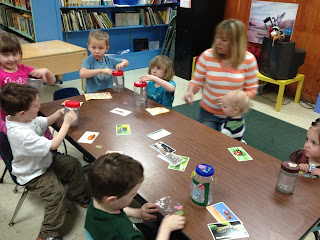 As a volunteer, the baby goes with me, even when I'm talking about lots of different insect parts. :-)
He's mostly accommodating. We read a couple of books and did a color activity. I totally forgot about our songs!

We passed around Encased Insects

we bought for our son at Christmas time. These really are nice. I like the small clear blocks and that they are sturdy for little hands. They let us see all around the insect. As we packed them up for class, my son insisted we bring the magnifying glass that came with them. There is still one hiding under the bed somewhere . . . 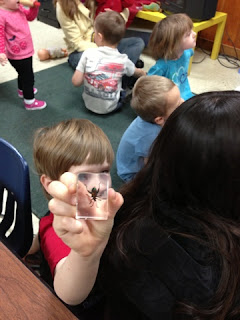 When we went outside, we checked on our ant experiment. The pudding and cookie were almost all gone and a carrot was gone. I think some boys might have had something to do with it, though. ;-) We didn't see any ants on them at all! 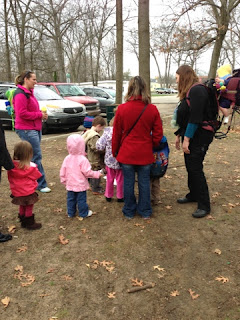 We brought our bug jars outside to collect insects. We also had a scavenger hunt for insects, but it seems like just exploring and looking for insects was enough for today! It was great that we could get out more! 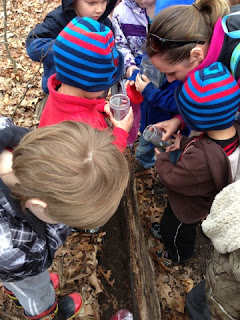 These small little mud piles were all over with a little hole down into the mud. Interesting! 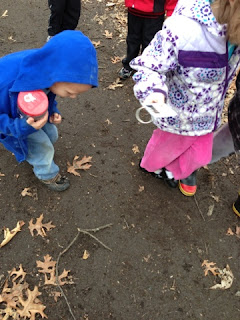 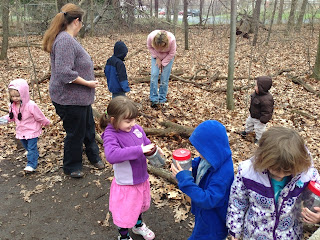 The moms knew where to help us find insects, too! Under logs, rocks, and rotting wood are great places. 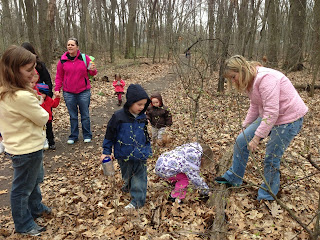 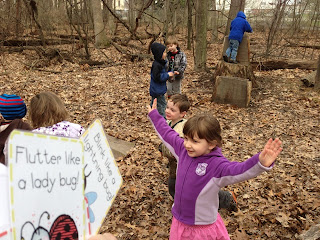 While we are working on a natural playscape concept at Woodlawn Nature Center, it's obvious the kids already use the outdoor space as a natural playground! 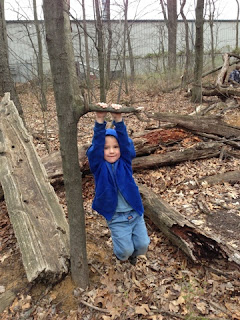 There is something mesmerizing about balancing on logs and finding woodchuck burrows! 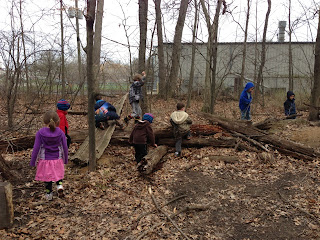 Inside, we had "dirt" pudding for snack, as many insects live in the dirt. 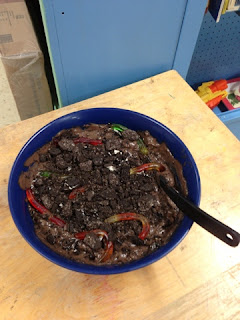 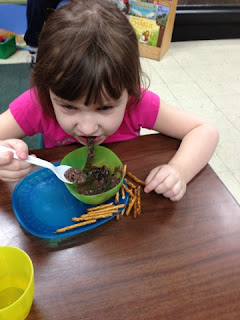 I love how one girl thought about using the insects on the light table. I thought about it too, but am glad that she came up with it on her own! 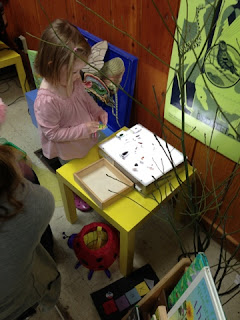 During "exploration time" some children made Cootie Bugs

or played The Ladybug Game

. There are also lots of insects and posters on display in the Nature Center for exploration! 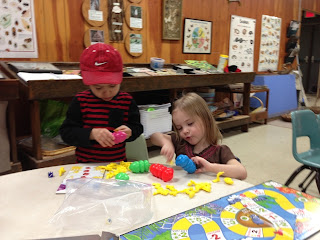 Others did pattern block insects . . . 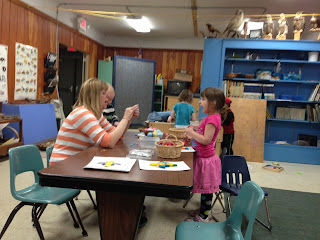 Played in the sensory bin . . . (did I saw play? I meant scooped, poured, categorized, etc.) 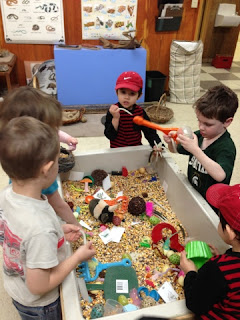 We made out insects with an insect puzzle, counted beads, and more! What a great time to learn together and EXPLORE NATURE! 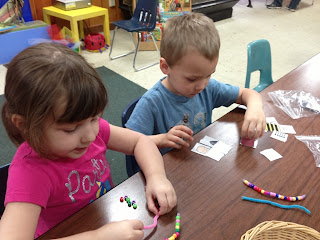