This month for the Nature Club at Woodlawn Nature Center, we focused on birds! We had a small but lively group. We started out by venturing into the basement to look for bird skulls and took a tour of different birds in the basement and exhibits. We noted differences with beaks and feet, mostly. 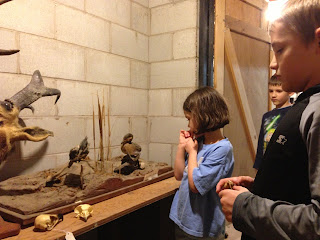 Later we did a bird jeopardy, with lots of help to answer the questions. The boys won, but mostly just because they chose higher point values. 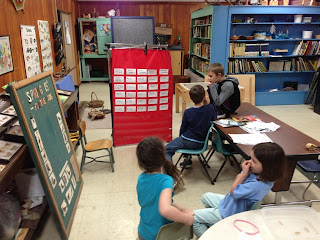 Later we looked at various beak types and tried to match up tools that mimic different beaks with the types of foods birds might enjoy. They did a good job of figuring these out, yet the chopsticks were a little hard to use still! They came back to these later when they had a little extra time, trying out the various ways birds might use their beaks to eat. 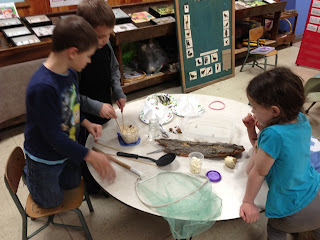 One neat thing is that we saw examples of some of these out on the trail, at least the different types of food! 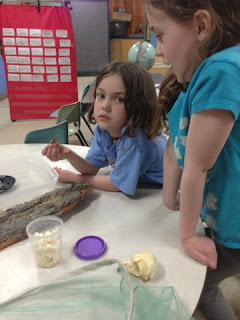 My son felt the need to pretend he was a hummingbird and drank all the "nectar" (aka water). 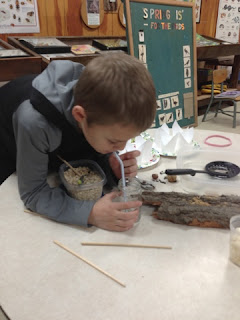 Even though it was raining, we went ahead outside for some bird exploration. We looked for water sources, food sources, and places birds might roost or build nests. They found water. 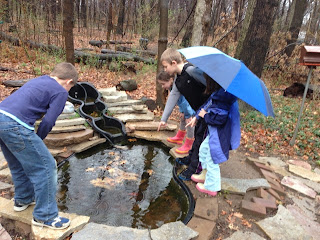 They also found food. We saw chickadees and cardinals when we first got there; however, it was raining more when we went outside. 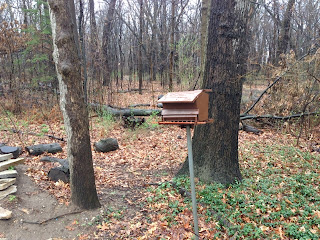 The children knew where to look for insects and enjoyed finding more and more of them that the birds might eat. 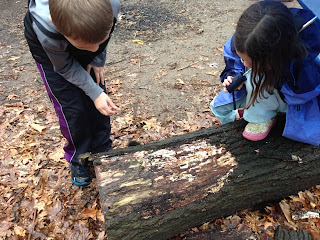 There is always a little time to "explore". This is the first time that I noticed this "throne" with the foot rest said "FEET" at the end. How many times have I walked past this? 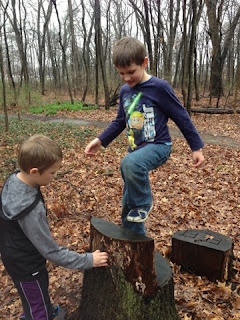 Of course, they had to put all there feet there! 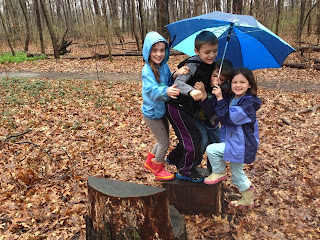 Several plants were up that were not there (or at least blooming) on my walk through the woods just on Monday and Wednesday. I look forward to what else will join the variety in the woods. 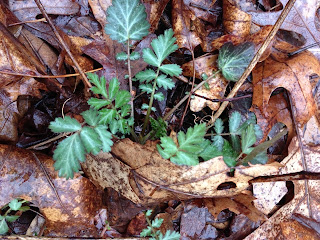 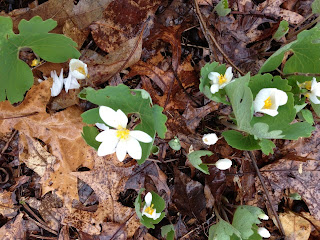 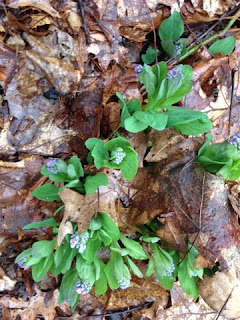 We also found some garlic mustard and had some to try. My younger son here likes it, but the others weren't as excited about it. 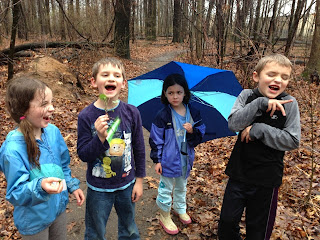 We looked at more evidence of  insects in the trees up close. 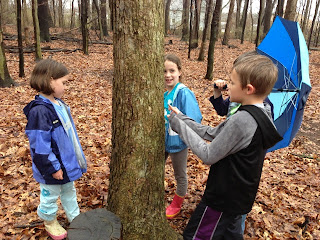 Inside, we had a snack of apples, peanut butter, and sunflower seeds while we talked of more bird characteristics. Love that my son raised his hand even though we had a small group and he was just talking to "mom". Funny kid! 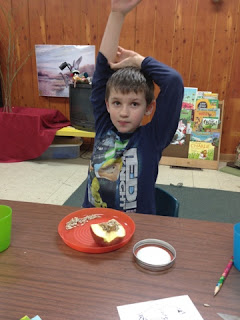 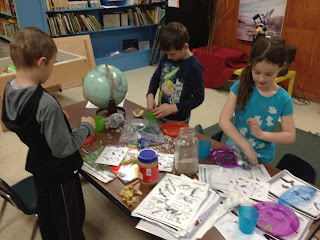 We ended with a game about feeding baby birds. Unfortunately, a baby cowbird was in each nest and competed with the others for their food. 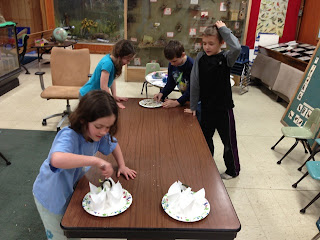 The girls won! This article talks more about cowbirds with pictures of how the cowbirds hatch and grow larger than the babies from the mother of the nest. What a parasite! ;-) 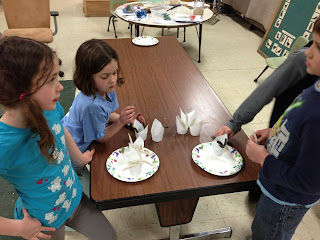