I love seeing my kids volunteer early in their lives on a "snow day"! My son grabbed a shovel and started clearing a path with me in the frigid temps! We went in to Nature Play! Animals in Winter at Woodlawn Nature Center earlier in the month. Due to the cold temps, we opted to stay inside, though would have loved to watch for tracks, deer rubbings on the trees, dreys (squirrel nests), birds, and other evidence of animals in the winter. Inside, we had lots of fun! We brought a tub of snow inside and had plenty of animals to make tracks in the snow. A bowl, water dropper and scoop were fun additions. While my youngest is in the picture, I will say that all the boys (ages 5, 8, and 10) played in the snow with the animals. 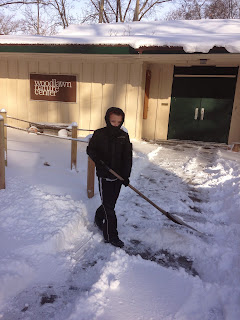 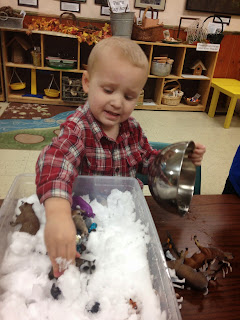 We also had some play dough to use with the animals as well. We created a winter scene little by little, adding in wooden and foam trees, snowflake pasta, and more. Cookie cutters allowed us to cut various shapes. 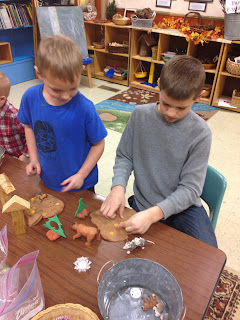 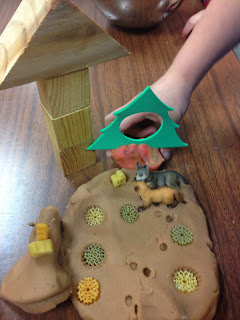 As we progressed with our scene, we kept taking pieces from the "Loose Parts Play" area to add to the mix. We found tree cookies, small "pine" trees, pipe cleaners, etc. We also pulled out some laminated animals. from the story The Mitten. These were a great addition and an inexpensive way to have realistic looking animals in our play area. 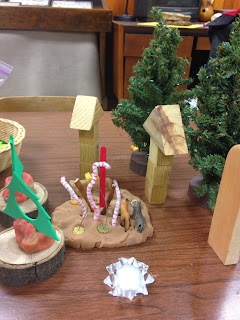 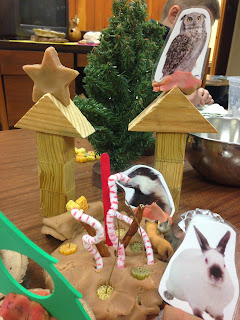 Pinecones made nice trees as well. We could have spent more and more time playing with these! 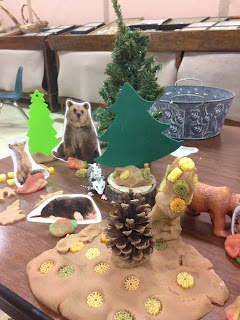 The snowflake pasta was fun and made a neat print in the play dough. Additionally, the animals made neat tracks in the dough. 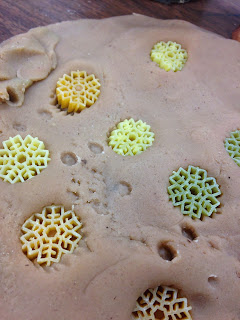 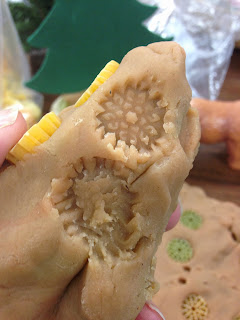 There were a couple of matching games with different types of snow or animals in winter activities. 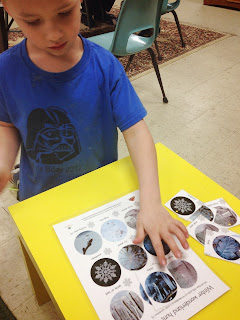 There were beginning sound match ups and pattern block mats, though free form is fun as well! 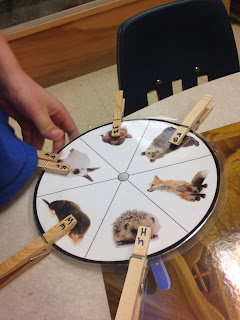 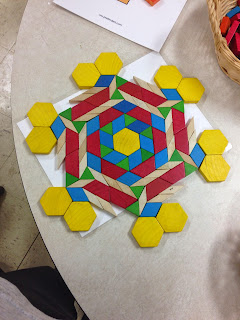 We also played with a couple of animal boards. One is magnetic and the other is felt, adding pom pom snow to our winter scene. 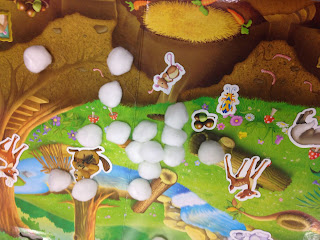 We looked out the wildlife viewing window, though it seemed like with the cold temps and recent snow that most critters were still hunkered down. 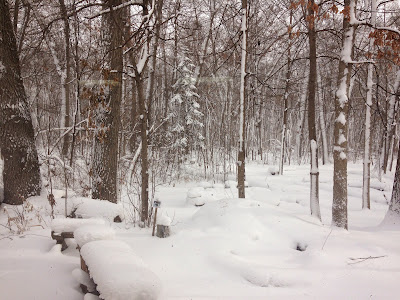 We played in the sensory bin. The boys sorted and categorized many of the items. They could also practice writing. 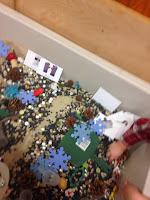 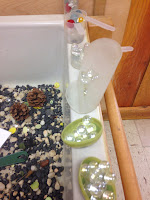 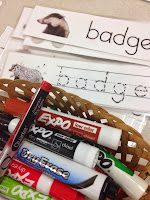 We had a tower building contest to see who could make the tallest tower. The boys were concerned with building a strong foundation (important, right?), but quickly learned that if they were going to beat mom they had better start stacking! Of course, the toddler just wanted to knock them down.

They also looked at several tracks activities. The Loose Parts Play Area was a hit, lending various options for creativity and exploration. 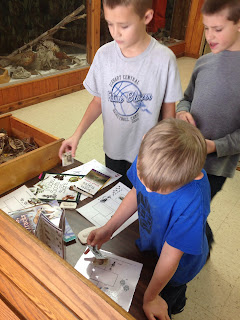 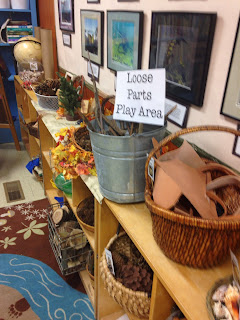 The boys even put on a puppet show! 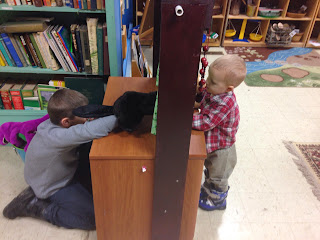 Later, we explored the Nature Center more, looking at the Eastern Box Turtle and the local fish. 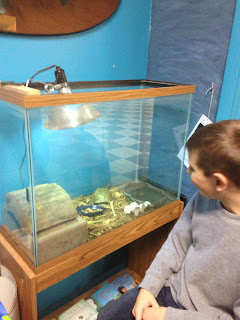 We also checked out the furs and looked at the animals on exhibit throughout the center. 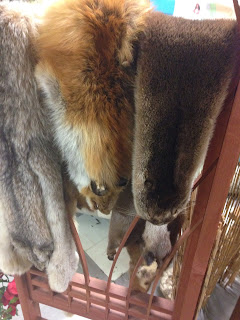 I had fun with the boys! We did several activities we might not have spent the time on at home. We also learned more about animals in winter and were able to PLAY! Play is always a good thing!