In July, the boys and I took a couple of hours between a parade and other activities to participate in the mini bioblitz at Ox Bow Park. What a delight! The intent of a bioblitz is to catalogue as many species in a short amount of time as possible.

I met Jared Collins a couple of times leading up to the event. He is a graduate student at Miami University studying conservation biology and partnered with Elkhart County Parks to put this together. He has a Facebook page for Michiana Biodiversity Conservation Initiative. The event was open to the general public, so I thought we'd check it out, knowing we might not have lots of expertise to add. As we arrived, there were many guide books and a few animals to greet us. They had a bucket of some of the finds we started investigating. Most people were scattered throughout the park, listing as many insects and other animals they could find in the area. Many experts were recruited to help with the count. 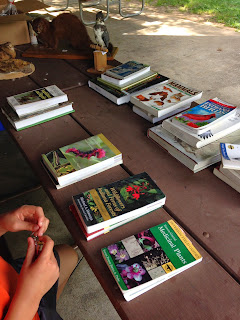 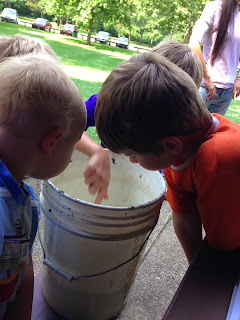 I really love some of these pictures. They capture the boys exploring, investigating, and learning together. The coordinators and other participants took my boys finds seriously, recording what they find, and helping identify the insects they stalked. On my level, I know we didn't add much to the actual bioblitz count; however, for my boys, they were able to experience citizen science and explored nature on a more scientific level, even if just for a short while. 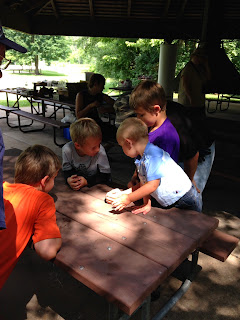 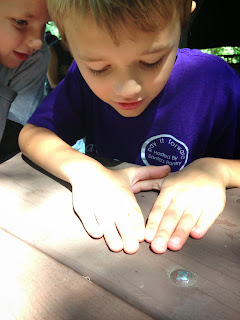 They found insects, spiders, caterpillars, and more! They rolled back logs, looking for salamanders (didn't find any). Tom Arendt was one of the experts. He takes pictures of nature in the area and shares information about nature with others. I've wanted to go on a hike with him for quite some time. It was great to tag along with him and his son. 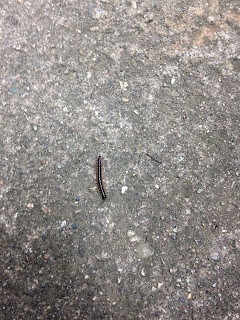 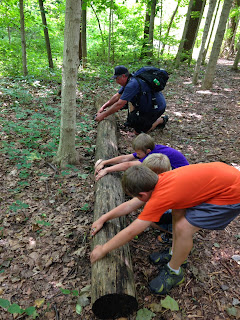 Down by the water, we found button bush and looked closely for other items to record. 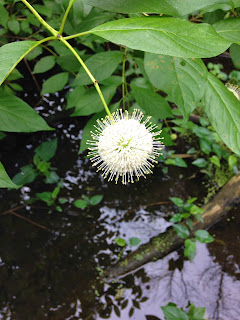 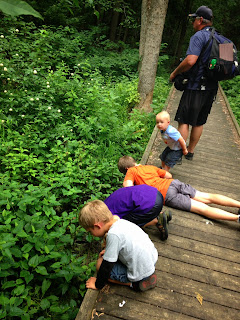 The participants brought many tools, such as guide books, binoculars, cameras, and notebooks for recording, identifying, and documenting what was found. There had been a barred owl near this area earlier, but it was gone by the time we came back. 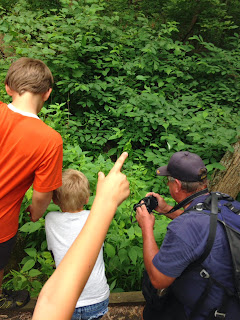 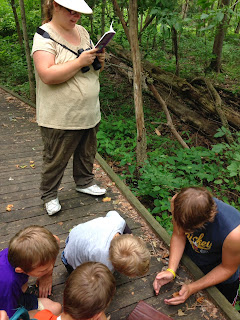 After jotting down recent specimen, we checked out galls! I'd like to learn more about these! Yes, they have entire field guides just on galls. :-) 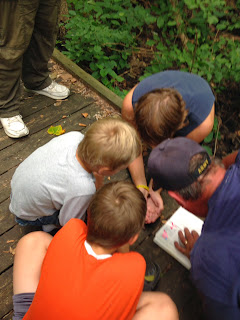 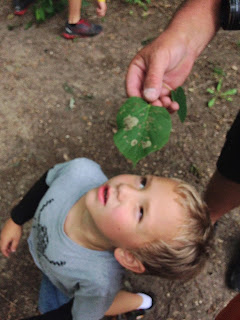 The guys were so patient and shared their finds with the boys. Even though I felt like we probably slowed them down, they helped the kids explore, find things, and helped them learn more about the natural world around them. 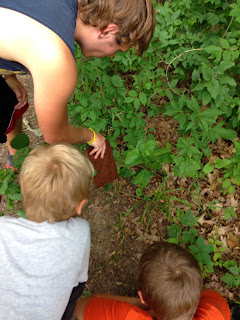 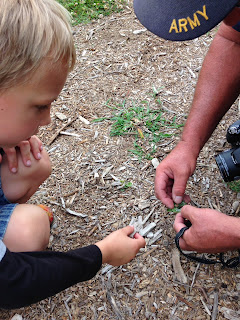 Ox Bow is neat because there are so many different areas to explore! There are wetlands, areas by the river, the woods, meadow, etc. The flowers were looking pretty! 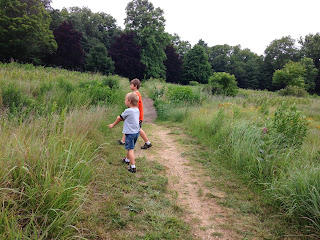 We learned about the red milkweed beetle, finding it on several milkweed plants. It was fun to find another a week later and know what it was! The boys started getting a little antsy by this point and I let the experts keep going on their own while the boys started playing hide-n-seek in the tall grasses and plants. 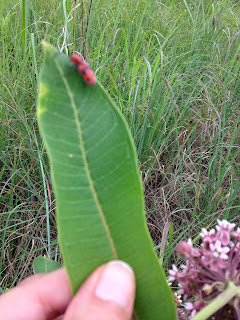 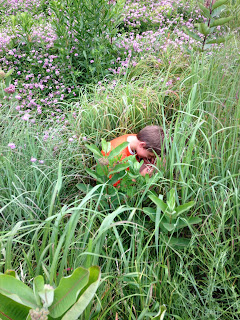 The butterfly weed was in gorgeous bloom! Love seeing this orange pop of color as we walk! 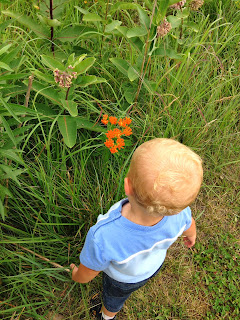 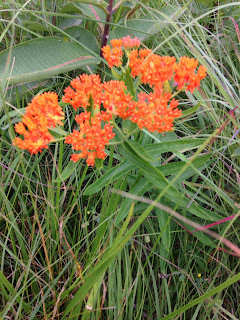 The wildflowers were just beautiful! The boys found a butterfly wing on our way back to the base. They were excited for their find! 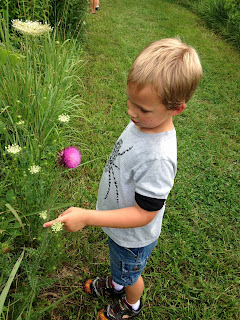 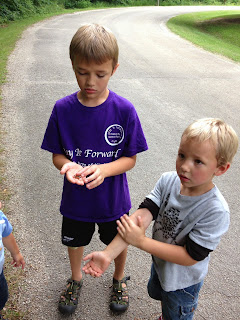 I love seeing snags (dead trees) left standing in more natural areas! Beautiful! They add so much habitat options to an environment. 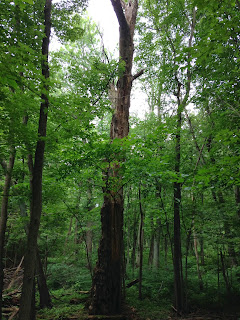 Back at home base, Jared and boys looked through the guide books to tell which butterfly they found. Was it the viceroy or monarch? My son really studied hard and decided it was a monarch. 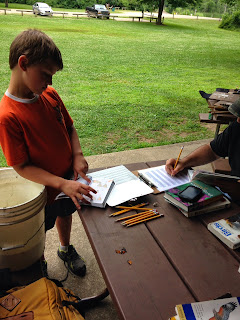 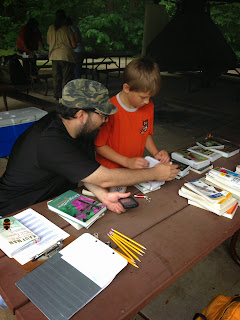 Nancy Brown from Elkhart County SWCD was helping with the macro invertebrates. It was fun for my boys to just explore all the things they found in the water. I took a Hoosier Riverwatch class that helped introduce some of these macro invertebrates, though I'd love to learn more! She also brought them for us to explore at our Indiana Master Naturalist class. 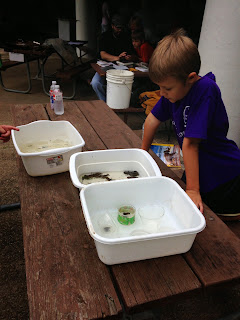 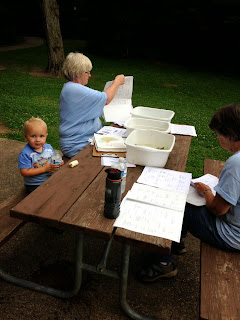 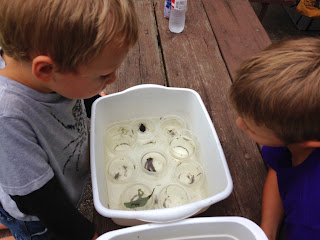 The giant water bug was fun to observe! The male carries the eggs on his back. Here is a video of the life cycle of these bugs. 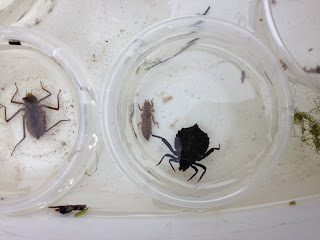 What a great morning! They even had lunch available. After we left, my oldest (who doesn't want to be called nature boy right now, he's all about soccer currently) said they should do one of these every month! I was surprised how much they really got into the exploring and identification!