Schools were delayed or cancelled for most of the Michiana area this last Wednesday. This was the view out the window as we pulled up to Woodlawn Nature Center for Nurturing Acorns. I almost understand how many don't know the nature center is there--it is pretty hidden from view! It's great there are so many trees nearby, though! 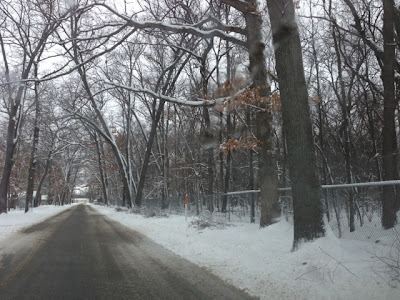 Two of the volunteers were out shoveling the walks. Workers from the City of Elkhart often do this, yet hadn't arrived yet. So volunteers do what they can to make the programs happen. 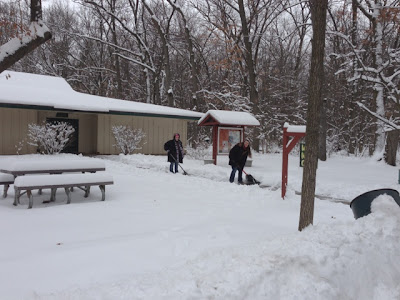 Our topic for the morning was fossils . . . we started with a little letter work. 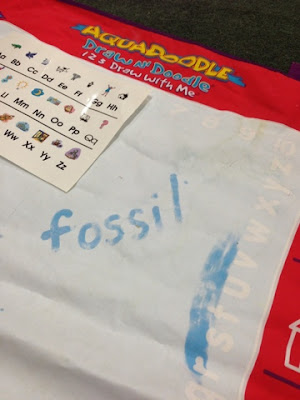 We had options with the Aquadoodle, stencils, and wikki sticks. 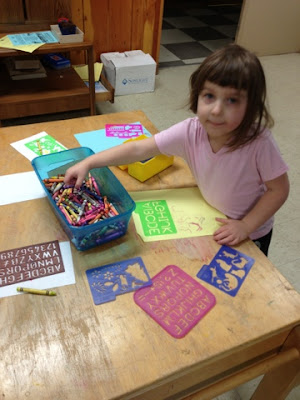 My son in particular enjoyed making the letter o with the wikki sticks--is that the universal first letter that most children learn as it looks like a circle? These boys made some as well. 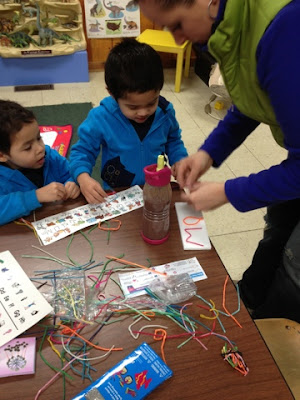 During story time we read, a couple of bigs and acted out dinosaur and fossil word plays. There was a lot of stomping and roaring! We touched various fossils with imprints of plants, fish, trilobites, sharks' teeth, shells, etc. We even saw a slice of a dinosaur egg. I will be honest . . . Dwight and the Trilobite is meant for a beginning reader, so has a bit of contrived wording; however, the illustrations show tools that might be used, looking for fossils, and uses some needed terminology. Fossils Tell of Long Ago showed the process of how a living organism turned into a fossil over time.

Then the children made their own modern day fossils with a coffee grounds concoction. 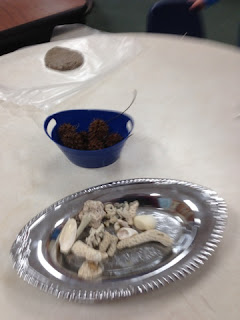 Miss Beth also showed many fossils from Woodlawn Nature Center's collection. These are great specimens. I was very impressed with the variety and quality of fossils that were curated for the session. 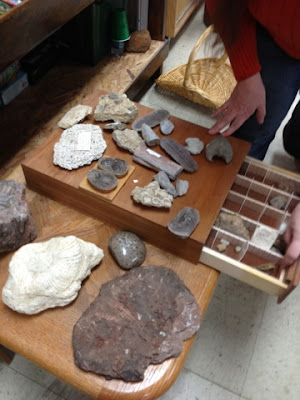 After examining the fossils, the children used shells, insects, and other items to make imprints in the medium. 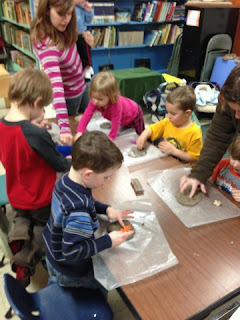 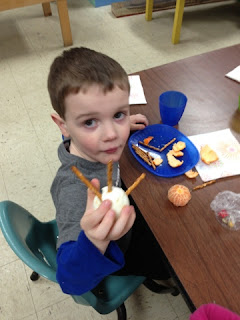 During free exploration, the children checked out new additions to the sensory bin with dinosaurs and hatching eggs, digging tools, rocks, baskets, etc. This is always a favorite. 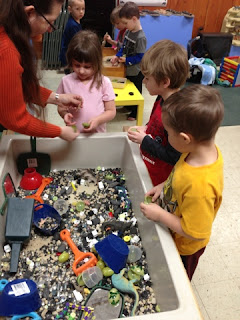 An excavation site was also fashioned as the children unearthed dinosaur "fossils". 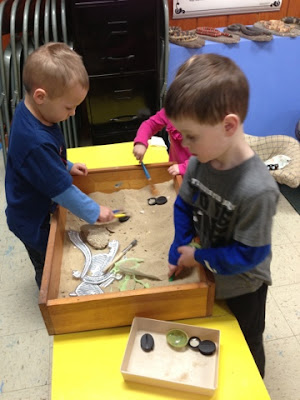 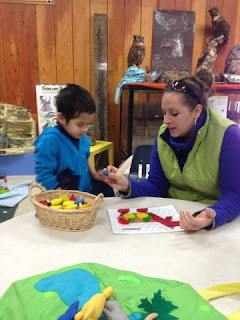 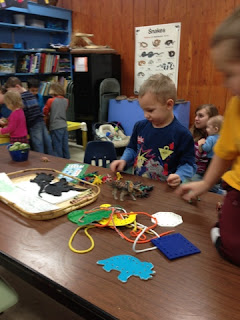 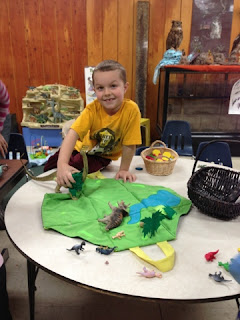 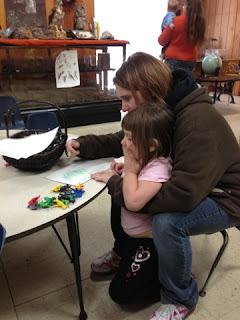 Many of the children stayed after for extra snow play! I love these trees growing together out front. 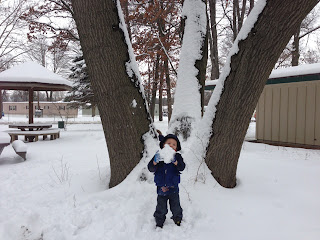 There was also a big mound in front due to the plowing--the kids loved this! I wanted to play king of the mountain as well! 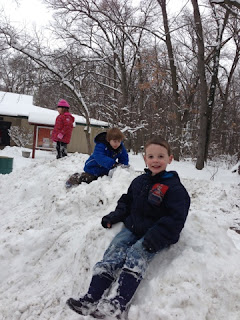