Stomp! Stomp! Roar! Roar! It's so much fun to watch children pretend and make sense of the world around them. Nurturing Acorns at Woodlawn Nature Center focused on Dinosaurs this week. After reading a few stories about dinosaurs (like Digging Up Dinosaurs by Aliki

) and stomping through finger plays and actions poems, we painted dinosaurs in lots of colors. As we discussed the different aspects of dinosaurs and fossils, a couple kids were looking at books and finding pictures to go with our discussion--love it when they are engaged! 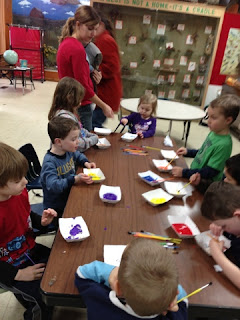 These guys had long necks to reach the plants to eat. The children knew some differences between plant and meat eaters as we looked at bones, talked about how paleontologists study dinosaurs, and gave the children an opportunity to try it out. 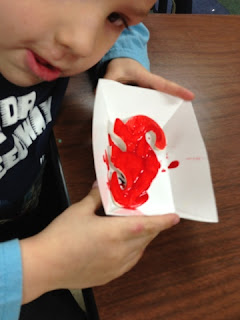 There is a dinosaur digging cave at Woodlawn Nature Center. The children at Nurturing Acorns don't always have the opportunity to dig in this area, but we opened it up since the day was centered on dinosaurs! 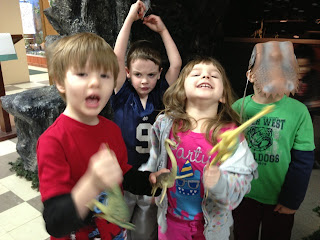 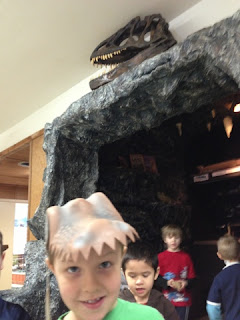 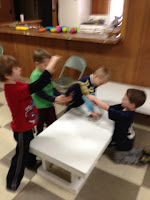 Later the children reconstructed dinosaur skeletons. While they had the same basic concept, each child made it his/her own. 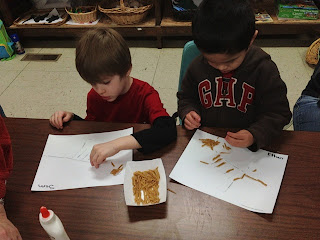 Then the children had plenty of time for open exploration around the dinosaur theme. The connections they make are so interesting! 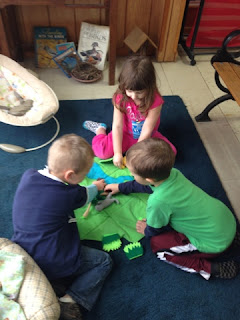 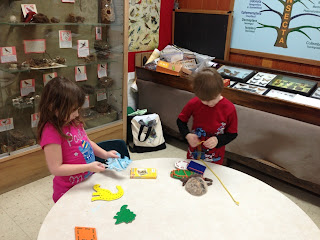 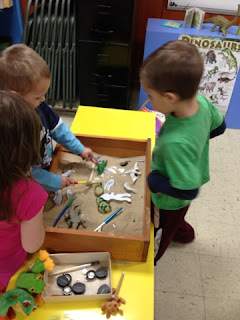 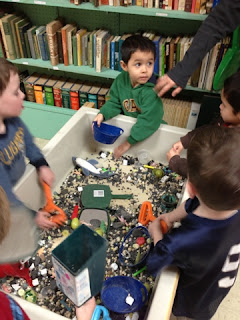 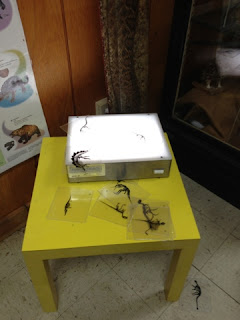 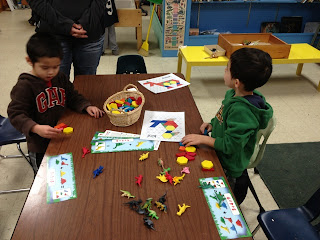 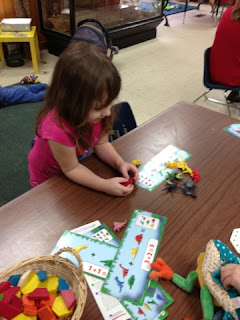