What a gorgeous day not too long ago. We knew we had to get outside of the house and the boys had an inner tubing date with the Pay It Forward 4-H Club. The group has great leaders. They typically do service projects and learn how to help in their community, yet this weekend they were taking the kids inner tubing for a fun afternoon!

To inner tube at Ferrettie Baugo, you pay an entrance fee at the gate (currently $4/car for in county or $5/car for out of county). It is just over the line into St. Joseph County Parks. Pay for tubing at the front gate, too, getting a tag to give permission and access to the tubing hill. I asked about the lower age and the gate attendant told me 3, so we did not get a pass for our youngest, who is only 2. Our tag said it's not recommended for under 3. While he was interested, I was happy taking turns entertaining him on the sidelines. It was great to be outside for a longer time. 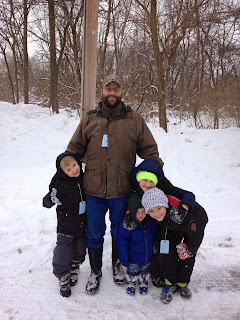 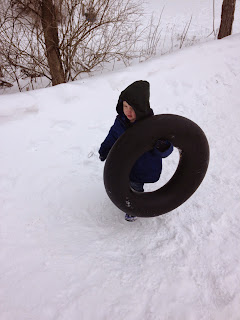 The bigger guys and my husband headed up the hill! The youngest followed! He was interested in sliding down, but I distracted him a bit with some other things, like snow! Stacking tubes as Loose Parts Play was fun! 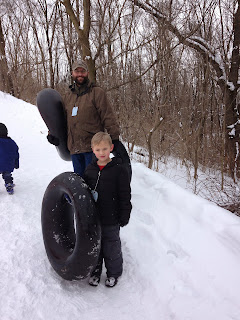 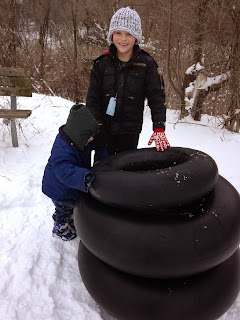 The tubes made an excellent place to hide! 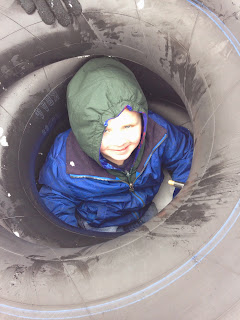 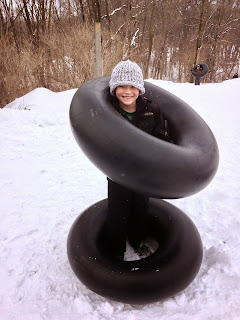 We explored plants in winter while hanging out. I realized I didn't even get pictures of the hill--it was fun to go down, but is certainly fast! Some people go down, up to 5 tubes together. There is a bit of physics involved. I found myself contemplating with the boys about which position in the chain of tubes should have the heaviest person to go the fastest. While we don't have pictures this year, here are pictures and a blog entry from another year. Also, check out our winter guide for other fun activities in the area. 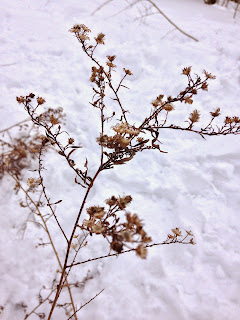 The marker at the top of the hill says 452 feet! That's a bit of a walk uphill, but completely worth it. My oldest found snow that had formed large rectangles he wanted to share with me. 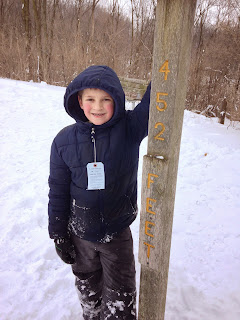 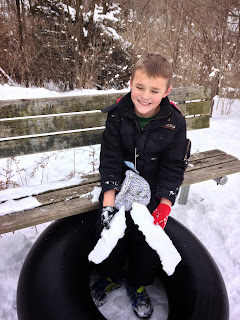 It was just nice to look at the brown trees and shrubs, hearing the birds, and absorbing winter. 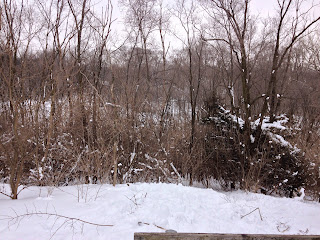 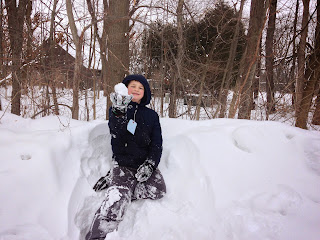 One even tried sleeping in the snow, like they do in Norway. 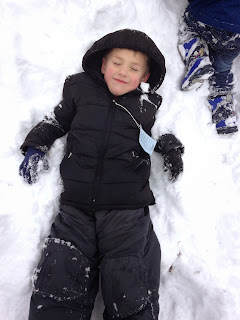 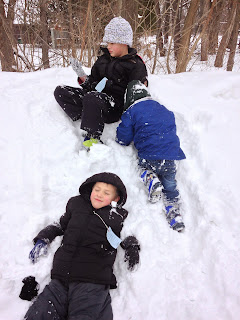 My little explorer needed to blaze his own trail around the tube building. 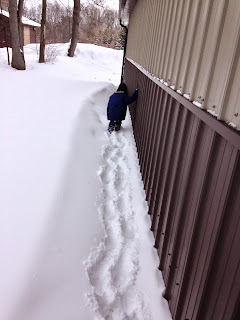 It was also fun to see die hard disc golf players in the park! They were out for a tournament, mentioning they even went out the weekend before when most of the county was shut down due to the snow storms! That's dedication! 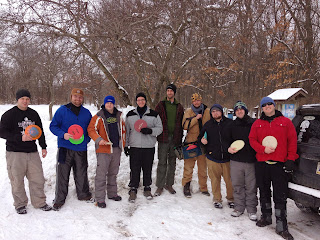 They play throughout the park, walking between stops. They each have impressive gear--I thought they were doing cold weather backpacking! 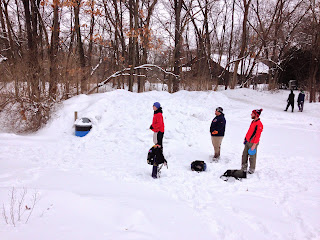 Action shot! It looks like one group is TeamWaka from Wakadisc.com. Another is the Southside Disc Golf Club. I admire these guys for finding something they like that gets them outside on a regular basis! 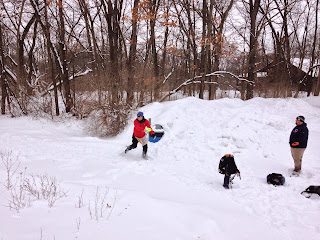 Admittedly, I've never tried disc golf, but maybe we should! With boys getting a little older, they may enjoy this game of skill that keeps people outside on a regular basis. Have you tried disc golf? If you're interested, the South Bend Tribune ran an article last year about options in the area. Find it here!