Brad Bumgardner and John Schaust teamed up to present bird banding for us at the Interpretive Naturalist Training at McCormick's Creek State Park. Brad is the president of Indiana Audubon Society and works at Indiana Dunes State Park. John is the Chief Naturalist at Wild Birds Unlimited and was our keynote speaker for the conference. 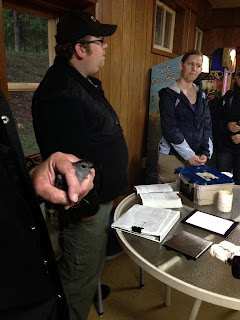 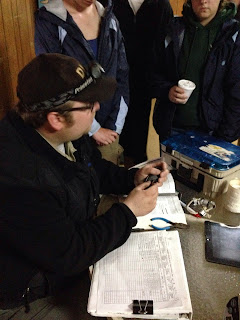 The first catch was a catbird. The needed materials were all set up to measure and weigh the birds. Care is also taken to determine and record the gender of the bird, if it can be identified. 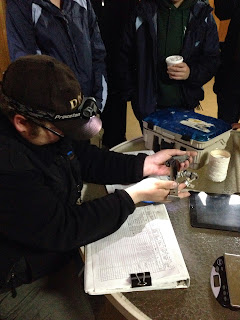 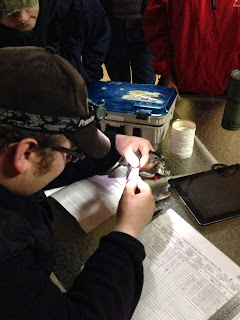 A small band with a number is attached to the leg of the bird. The number is recorded with information on where it was found and measurements at that time. John James Audubon was one of the first to start this practice, tying a silk string to the leg of a bird to see if it was the same that returned. I read about it in The Boy Who Drew Birds: A Story of John James Audubon . This children's book looks at the early life of John James Audubon and his interaction and observation with birds at the that time. It was a delightful introduction to his work and early explorations. Other accounts of early bird banding have also been noted. 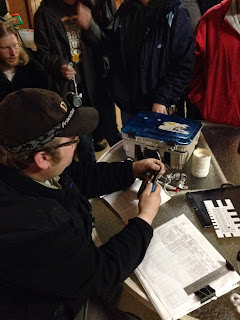 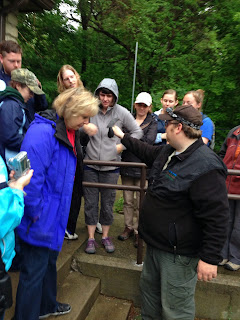 We ended up catching three catbirds in a row. Each was banded and released. The female was heavier (eggs were in formation) and had plucked some of the soft feathers of her lower belly to prepare the nest for the eggs. The catbirds mimic other birds songs, attaching a meow here and there throughout their new song. 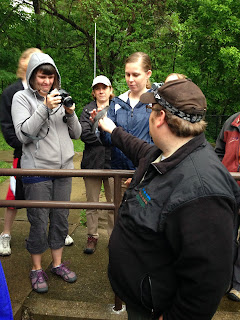 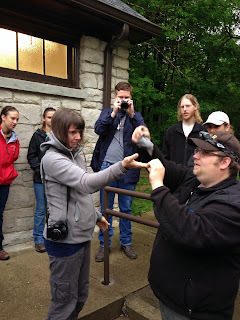 We were able to touch the birds, hear the heartbeat, and practice the proper hold before setting the birds free again. This was done in an educational way to teach us more about the birds and process of bird banding. Hearing the heartbeat reminded me of hearing the heartbeats of our babies during doctor checkups while I was pregnant. 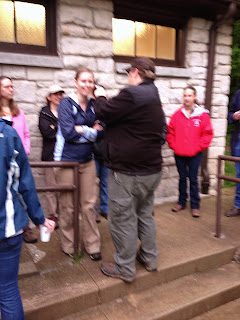 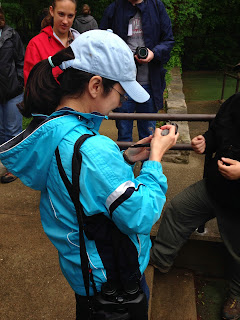 I was able to let the next catbird go. She was pretty content in my hand. I even tickled her a bit to encourage her flight, yet she was happy resting there for a bit until she finally flew off. 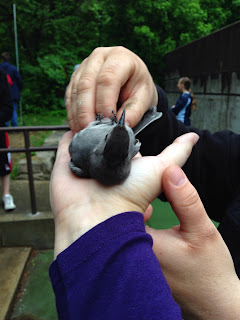 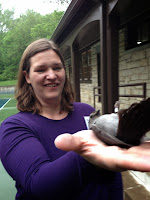 We learned how to make an easy cage with our fingers that protected the bird, yet also allowed us to keep a handle on the bird. John was retrieving birds from the nets. He found two cardinals in a row, probably a male and female pair. While the catbirds were fairly gentle, the cardinals were biters! 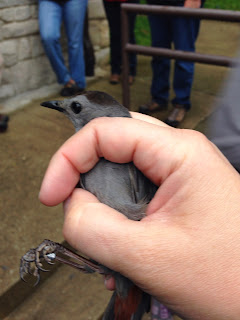 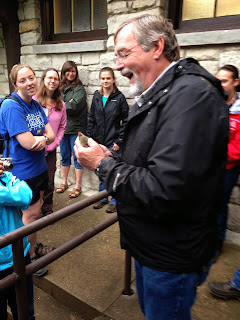 Similar tests were performed on the cardinals, weighing them, measuring them, etc. A poop here or there or nick on the finger from a beak are considered occupational job hazards. 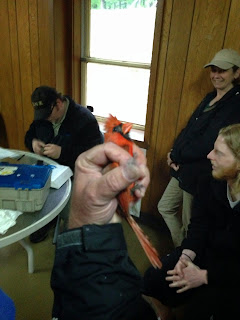 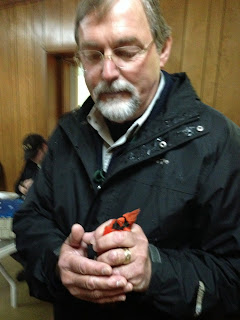 Once again, these birds were banded and released, albeit a bit faster due to their feisty nature. 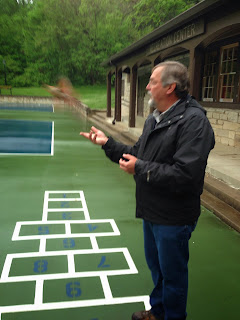 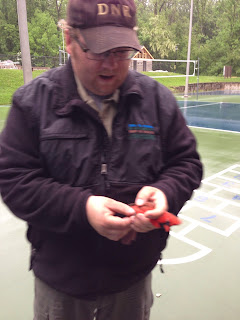 During the bird banding, I asked several questions to understand the process better. Only 1 percent of banded birds are recovered; however, that small percentage gives valuable information in regards to migration, life span, social patterns, etc. Here is a USGS article that gives more information on the information collected. The bands are lightweight aluminum which are similar to wearing a bracelet. Bird banding requires a permit. Through our conversation, it sounds like it is currently difficult to get a bird banding permit due to state and federal regulations. I really liked this part of our experience, though we woke up early for the 6:30 AM program. It was very hands on and allowed us to work with experts up close while we learned more about these specific birds.
Posted by Carla Gull at 4:35 PM