I am helping with an Our Town: Elkhart video with WNIT, taking film footage around town in Elkhart.  Can you guess that I chose NATURE as my topic? I tromped out to Boot Lake Nature Preserve, all by myself! I think I was the only person out there, too, besides the farmer plowing his field next to it. I've been here a couple of times in the past, but it's been a while. I HIGHLY suggest printing the trail map before you go and studying it a bit to know what to expect. Sometimes I take a picture of one before I go on a hike, but didn't see one (and forgot and/or thought I didn't need it since I'd been there previously). Looking at the map now, I can see where I went AND I noticed there is supposed to be a photographer's blind there. Now I want to go back and try it out.

I also suggest reviewing the driving directions to Boot Lake. It is in the far north side of Elkhart and I've gotten lost a couple of times getting there. It's almost in Michigan. Watch for signs as you get closer. 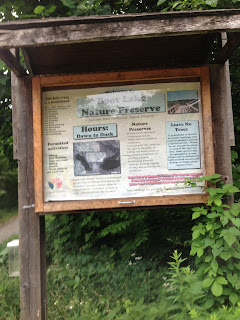 There are several trails to take. Did I remember to suggest checking out the TRAIL MAP? I started on the Woodland Trail. 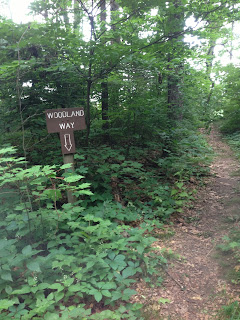 I was greeted with a frog (or toad, maybe?) in a bird house along the beginning part of the trail. It was fun to see it watching me. I had a video camera and tripod with me, so it was neat to get up close with the video camera. Sorry, no close up pics of him; however, this is incentive to break out the good camera sometime! 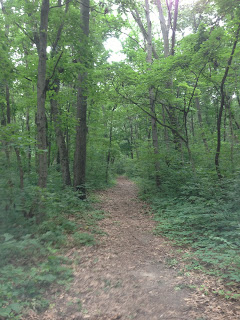 For the most part, there was plenty of space on the trails. On some of the smaller trails, I did slightly worry about poison ivy. There is poison ivy throughout the preserve, so I suggest sticking on the trails, which is a requirement at a nature preserve anyway. Mosquitoes were also thick, so I suggest some type of insect repellant if they affect you like they do me. 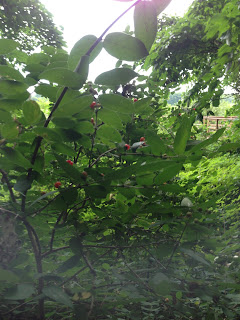 There are a few invasive species, such as amur honeysuckle and garlic mustard. They are getting easier to identify. I saw other round berries with spikes! 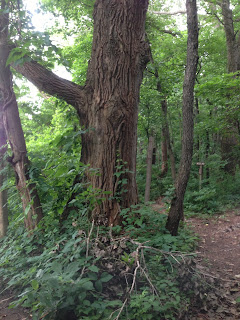 The hike contained several impressive trees. They have been around much longer than me! 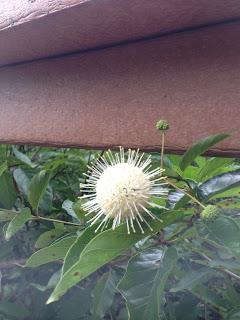 I loved the textures of this flower near the wetland area. Beautiful! It reminds me of the fireworks over the last few days for Independence Day! 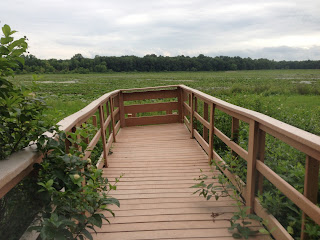 The wetlands were neat to view. It is a calming area. From a brochure online, I read the boardwalk is made out of recycled milk jugs! From another site, I also see these wetlands are a great place for viewing birds in the spring and fall. It talks about the different zones of wetlands, their importance, and also touches on prairies on the walk. I like areas like this that have a diverse habitat. With woods, wetlands, and a prairie, Boot Lake has several good features! 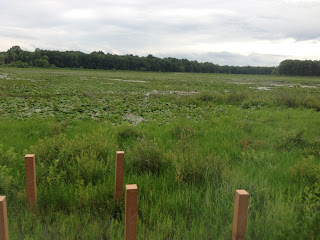 The lake has many plants growing in it. It was fun to see this small frog! I actually saw several frogs and/or toads while I was in the area. 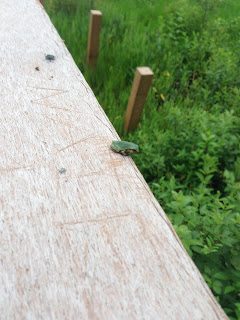 The black raspberries also looked tasty. We have some canes in our house, so we pick off the ripe ones as we pass them each day. 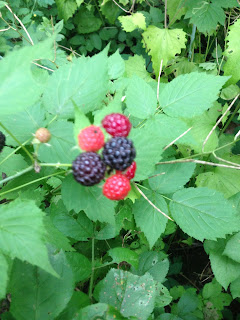 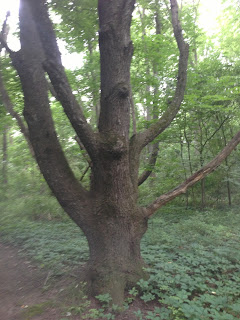 I love moss and fallen logs! I startled several deer right after this. I could also see many tracks in the nearby mud on the trail. 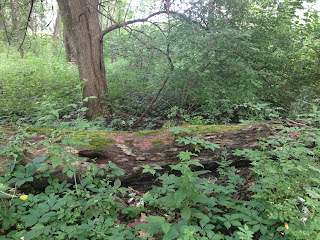 Remember what I said about checking out the trail map? Well, I wasn't sure where I ended up or how the trails were configured, so I finally got out the compass app on my phone to make sure I was headed back toward the car (south?). While it helped some, I finally just backtracked and found where I was parked. The frog/toad in the birdhouse was still waiting for me to pass by! It was good to see him again. 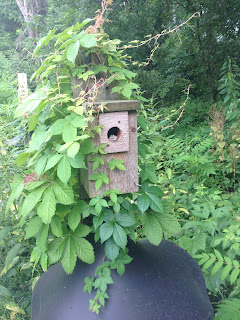 As I left, I noticed this history of Boot Leg Nature Preserve. It was neat to see the transformation from a place for refuse and dumping to a great nature exploration area! Much of this information can be found on the brochures linked above. 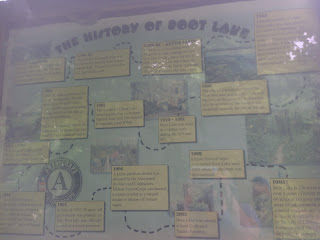 My overall thoughts--I really like how there are diverse habitats at Boot Lake. I once lived on Boot Leg, so often want to call it that. It's usually pretty quiet to listen for wildlife and not overcrowded (though I could hear the farmer plowing the plot next door). The birds were friendly! There are special regulations in a preserve that might not be in other parks. Watch for poison ivy and use insect repellant. If going with a group of preschoolers (yes, done that!), I encourage you to take it slow and/or really use that TRAIL MAP to know where things are and pick a trail(s) that might be the right challenge for your group. Pack your water and take out trash with you. I found several left over fireworks which probably shouldn't have been used there to begin that I took out to throw away at home. There is a compostable toilet near the pavilion--facilities are limited. Also, check the directions online so you're less likely to get lost if you go.

Boot Lake became a state nature preserve a little over 10 years ago. It went from dumping grounds to nature grounds!