Last week, we stopped by the ETHOS Science Center's Sneak Peak Science about Water. It is usually the third Thursday from 5:30 to 7:30 and is on a different topic each month. We went to one in April as a preview of the Summer Camps (which look great, by the way! More are starting in August). The Sneak Peek nights cost $1/person, which is VERY reasonable when I think about all the supplies and activities we did. I know how to set up and do these activities with the kids; however, it's nice to show up and it's all planned out for investigations. Also, I would probably spend more money gathering all the supplies to set this up at home. They also do the set up and clean up for us!

We started the evening in the H2O Olympics room. Supplies and directions were set out for 5 different water related activities. The children had record sheets to write down predictions, results, hypotheses, etc. as part of their explorations. They made boats with soap slivers to help "propel" them. They put drops of water on pennies--it's amazing how many will fit! When they finished all five, they received an Olympic medal! 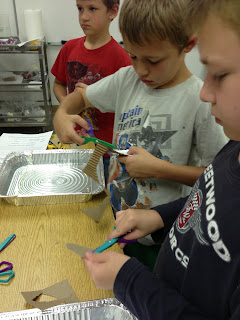 The helpers (volunteers and leadership of the center) knew how to ask great thought provoking questions. The children also floated paperclips on top of water and looked at how water travels in varying paper towels. A few words like adhesion, surface tension, and more were tossed around in the discussions. 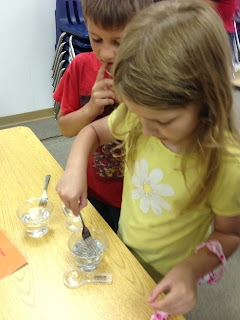 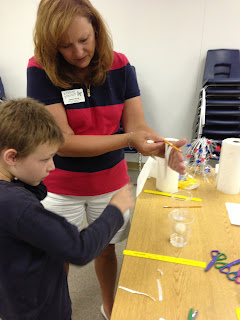 In another room, they looked at water displacement, sinking, floating, and more. They made clay boats and filled them with plastic teddy bears as weights. They also recorded what objects sank or floated. 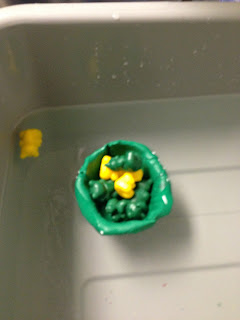 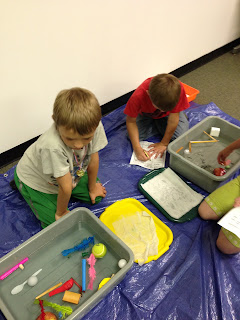 They made foil boats and used paper clips as weights. They also looked at surface tension again as they put pepper on top of the water (floats) until they put a soapy finger in the water (breaks the surface tension). I've done many of these explorations with science clubs in the past. 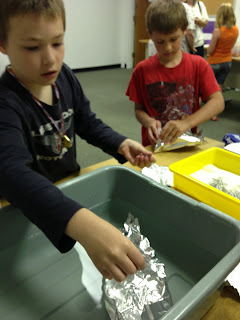 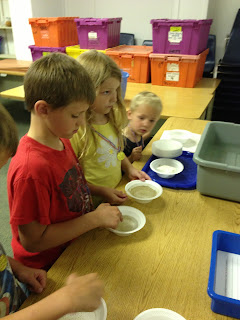 They also had a pool set up in the back with underwater robots to try! The kids enjoyed trying to figure out how to make the robot move the way they wanted it to move. Inside, they liked exploring the typical displays they have out on a regular basis at the Science Center. 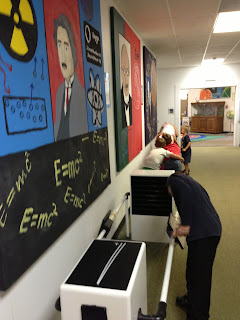 In another room, they had a fun video going on about the properties of water, as well as many water exploration bottles. 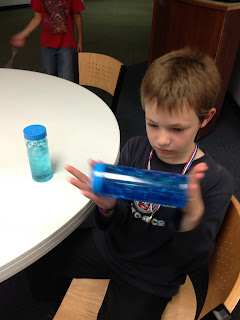 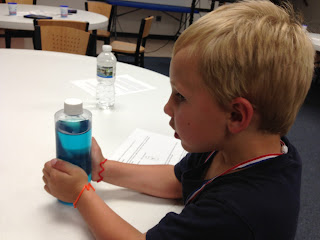 The cartesian divers were a hit! They also liked the use of technology with the iPad Mini 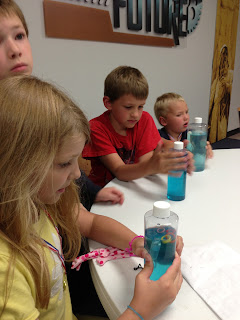 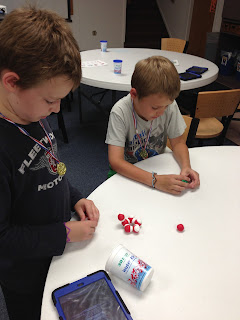 They really liked these discovery bottles. We have a few at home, but they don't spend as much dedicated time exploring them. With the directions right there, we could discuss why they worked as they did, related vocabulary, extended ideas, and probe deeper with questioning. We might have to make up a few more! 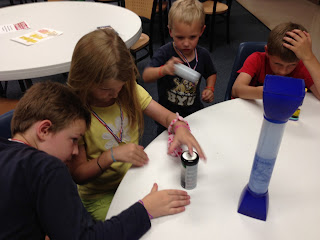 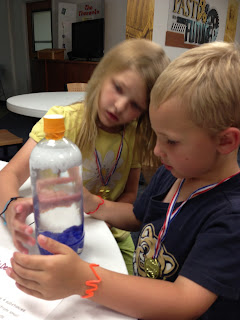 We also played the water cycle game. I like how they have it set up with beads on a string attached to the card (though the beads stay better on pipe cleaners often). I heard my kids looking at these later in the week asking, "How did you get from glacier to plant?" and tracing their way back through the complexities of the water cycle once again. We've done similar activities recently and they're understanding the varied concepts of where our water originates. 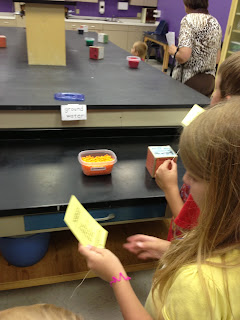 They also liked the animals. For most children, looking at living things is fascinating! (Okay, adults, too!) 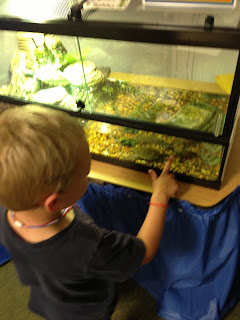 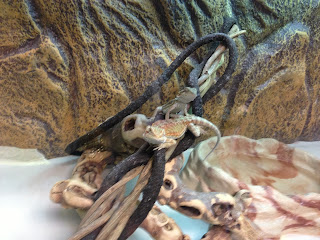 Dead animals are fascinating as well! When we got there, the kids found a dead bird out in the rocks--nature study! Of course, we had to look at the beak and feet, the feathers, and more and do a little up close bird study. Are my kids the only ones that do that? At soccer practice this week, they brought me a dead bird (most likely a blue jay fledgeling). I thought only cats and dogs brought back presents like this! 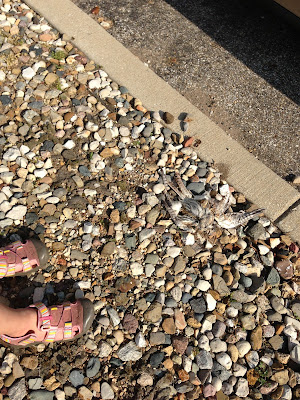 It was a fun evening! We're looking forward to more as the schedule permits! They have a contest right now for pictures from the Sneak Peek events. The winner gets free passes to the Science Spectacular in October! That looks like a great night! Unfortunately, I think my hubby and I already have other plans, but maybe we can get the grandparents to take the kids. You might enjoy it too!
Posted by Carla Gull at 10:58 PM