Be still my beating heart . . . stopped in at Kruse Farm Supply to get some black oil sunflower seed and suet cakes with the 4 boys in tow the other day (back when we actually had a little snow left!) for both our house and to attract more wildlife at Woodlawn Nature Center. As we looked at the feeding supplies, my three-year-old found a bird feeder and he WANTED it. He had some money left from his Christmas gift card from his grandparents, so I thought, why not? He bought a feeder and a suet cake feeder with his money and carried them around for a couple of days until we were able to put them out. He was excited to fill up his feeder. 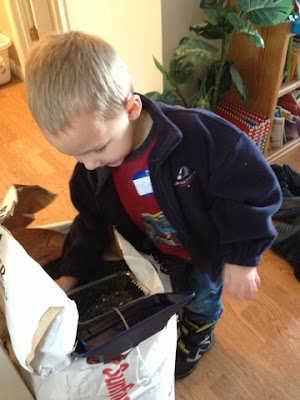 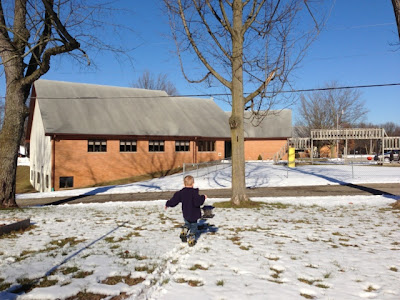 And hang it up! We're still watching for birds at it! He shows such pride in his pinecone bird feeder the birds have been munching on and shows a great connection to his new feeder. We keep watching them out the window. 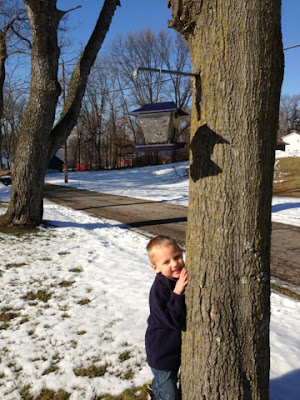 Have you seen your children spend their own money on "nature"? I could make a lot of money off my kids on these:

We bought some digging kits on clearance last year and have been giving them to the boys little by little. They still ask for them as presents and this little three-year-old bought his own while we were up at Kalamazoo Nature Center. I think we need to learn how to make them ourselves next! While they are slightly messy (yes, white powder on the table for a couple of days if they aren't finished digging in one sitting), there is something about discovering, using tools, and being a scientist through these kits.
Posted by Carla Gull at 12:14 AM