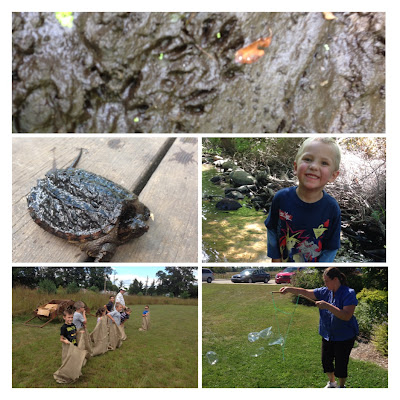 Our family spent Labor Day afternoon out at Cobus Creek in northwest Elkhart with a picnic for our church. The church had rented the pavilion for the day. As we headed out the door, I grabbed stuff for giant bubbles and nature scavenger hunts, though there were plenty of activities to do. I will say I felt like the Pied Piper with the under 5 crowd with the bubbles. It's pretty amazing to see giant bubbles. I've made them a few times and they're always a hit! See the recipe I've used here. While the boy doesn't look too happy below, he really enjoyed walking around and making marks for all the different things he saw . . . . beetles, ants, butterflies, flowers, and more! He also found a spider on a tree eating a caterpillar. He amazes me with his focus on details. 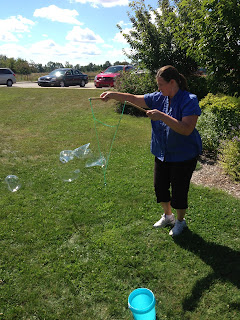 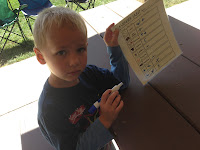 We also brought a soccer ball and a few other balls. It seems like a ball in the car is always good. It helps promote physical exercise, adds a touch of recreation to nature time, doesn't take up much space, and can be used in many ways. I had fun playing with the boys! 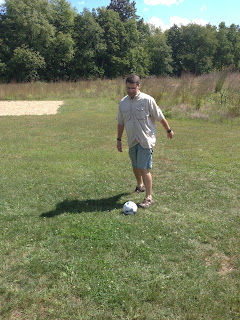 Many kids used the sand pit, I mean volleyball court. Later, they started up a volleyball game. 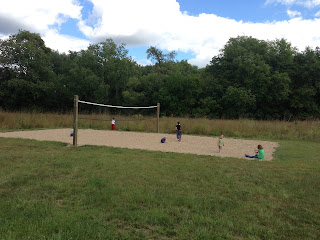 Another family brought lawn golf. My grandparents made a homemade version before these were cool.
It's still fun! Of course, the baby liked the balls. We had plenty of food and people. 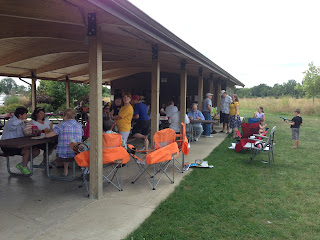 We also had burlap sack races and handcart rides. Both were a hit. 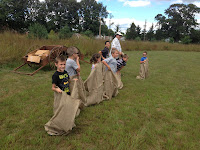 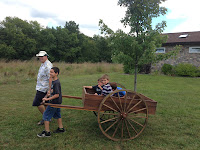 Later, a few of us went for a walk. I thought we were taking a longer hike; however, we didn't make it too far. We heard bagpipes and quickly found a man who was playing. I think I've seen him here before. It's nice to hear music while out in nature! 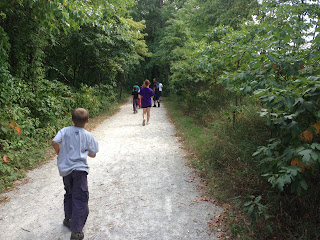 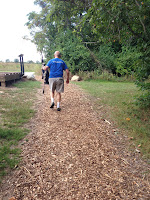 We went back on the trail near the sensory garden and then turned to the right. We stopped at the creek for a little splash. This is a good place to dip toes, as it is easy to get in and out of the water. The water is very shallow, too. I mentioned Hoosier River Watch to some of the adults--this really is a cool citizen scientist project. This is an easy access site to monitor. There is a new training session coming up in September. Check it out on the Natural Calendar of Events at Inside Outside Michiana! 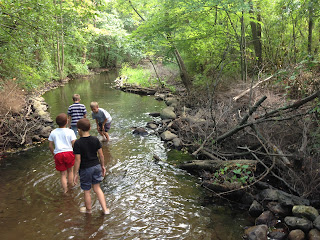 One of the boys found a young snapping turtle. We also heard reports of a water snake and muskrat in this same area. It's neat to come into closer contact with animals. Don't worry, he was put back in the water right where he was found. It was fun to stomp in the water. 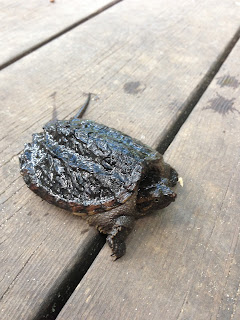 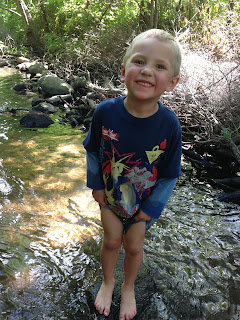 Even the baby joined in! I like it when we can include him in the sensory experiences. He's usually riding on my back when we're out and about, but sometimes he gets in the water and dirt! 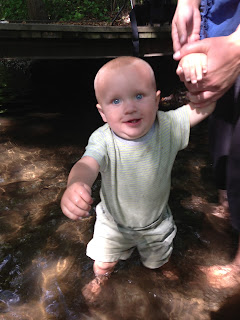 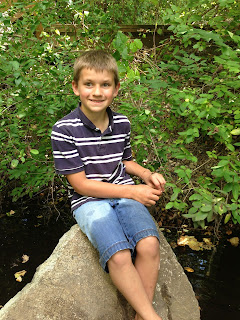 My son found a shell. He wondered what ate the animal inside. We didn't have an agenda, so just spent some time having fun and exploring! 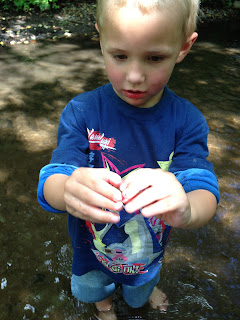 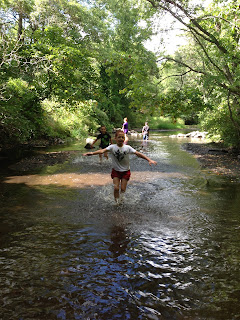 We found animal tracks near the edge of the creek and in some of the "islands" or sand bars in the creek. Lots of animal activity near here! 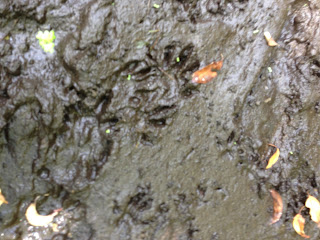 We had a fun day, combining nature, food, social activities, and recreational activities. Cobus Creek County Park is a great place for play! The kids enjoyed impromptu games and the playground as well. We've been there a few times! 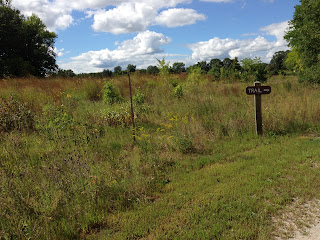