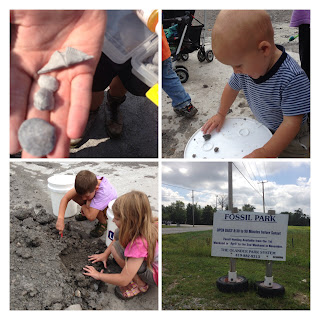 We recently headed out to Sylvania, Ohio to visit the Fossil Park. One of the librarians mentioned a place to dig for fossils from the Denovian time period. I never found the same place, but I did find this neat park where we could dig through the dirt for fossils for free. It took us just about 2 hours to drive from the northern part of Elkhart County. Fossil Park is open for part of the year. We arrived early in the morning and were the first ones there. Trucks bring loads of dirt in from a nearby quarry. The quarry is interested in what's on the other side of this section of fossils. They don't mind sharing the fossils, which is great for us! The park system there has several helpful downloads to add to the learning experience, such as a fossil lesson plans, Denovian coloring sheets, what can I find handouts, a field guide, and an egg carton template. We've used egg cartons for rock collections before. It's a fun way to organize and collect treasures. The boys have a couple of small fossil collections that we purchased, but now they can add their own finds to their collections. 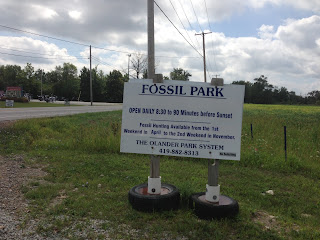 The hours and days open are listed on the website. I passed the sign--not sure what I was looking for. There were a few rules to use the area, such as no tools allowed. I checked out a few reviews and took toothbrushes and buckets. I personally enjoyed the bucket to have a place to sit. The kids liked the toothbrushes to have a "tool" during their explorations. 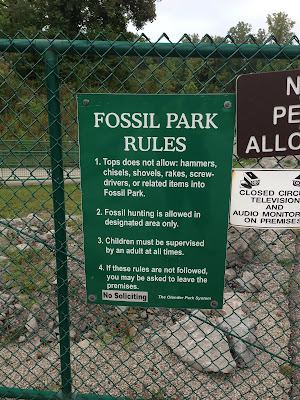 There are nearby bathrooms and plenty of parking. 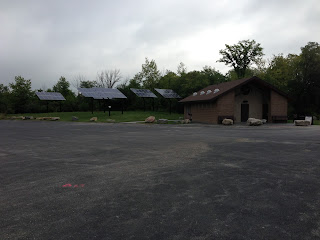 There are a few interpretive signs up that give information about what you might find, though I'm glad that I read about the place before we left. There were many large rocks nearby that were roped off. 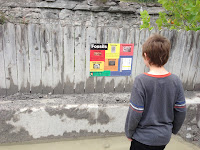 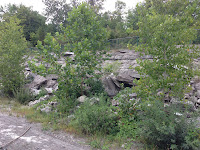 This was one of our first finds. We all got digging and found various fossils. Many were broken, yet it was still neat to discover on our own. 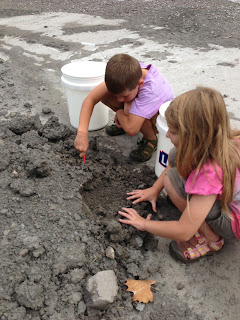 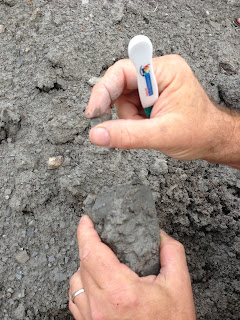 There are several shaded workstations, though we found that depending on the time of day and sun, much not be shaded. It was nice to get there when it was overcast, though it started getting hotter the longer we were there. Near each station, there was a large pile of dirt, filled with fossils! 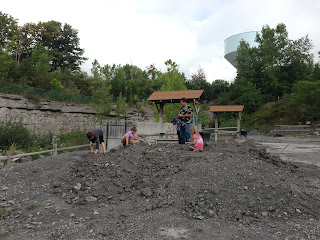 I never thought I'd have to say, "Don't eat the fossils" to the kids! Okay, it was just the baby. He really liked putting dirt and fossils in his mouth. In his defense he puts everything in his mouth. We never found a super good solution for him besides taking turns looking for fossils and watching the baby, as he wanted to be in the middle of it all. We were there too long for just using the stroller and up and down too much for the backpack carrier. 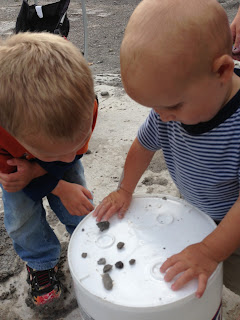 It had rained the night before, so we got pretty muddy! As the mud dried, we were pretty dusty. We went to a nearby pizza place and left a mess. We tipped well, but be aware that it can get dirty digging for fossils. 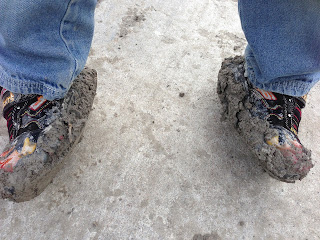 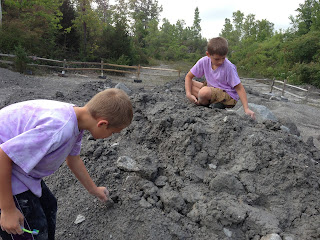 This guy found a worm he was very proud of! He finds things others don't sometimes! 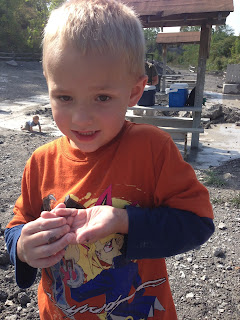 It was nice to have a snack ready and a ball to throw when the kids needed a break. 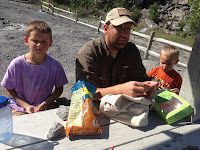 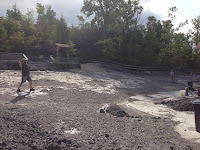 This was on my summer bucket list, so I'm glad we finally got to make it! I wish I had my hat with me! 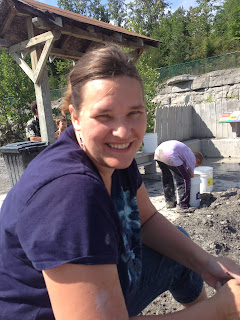 A park ranger came out to talk to the people digging. He had examples to show us what we were finding and was very available to answer questions. This was a nice value added touch for our FREE experience! 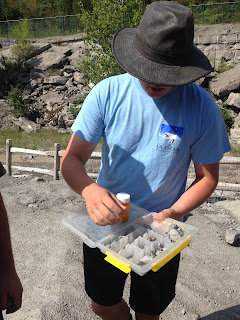 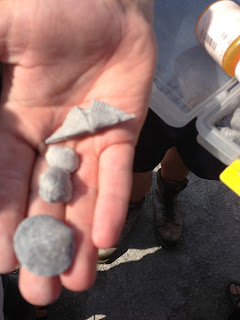 We had a nice time, but were tired when it was time to go. I imagine the life of a paleontologist is quite dusty! In the future, I would make a stop here on a day or weekend trip to Toledo or stop by Pokagon State Park or another attraction on the way home. People were friendly. We all pronounced the words differently of the critters we found. One man mentioned Kelly Island near Sandusky and Rocky River near Cleveland as good spots for finding fossils. I always learn so much from talking to the locals. Falls of the Ohio State Park in southern Indiana is another spot I've read about. I enjoyed their website in the past. We might have to check these out! 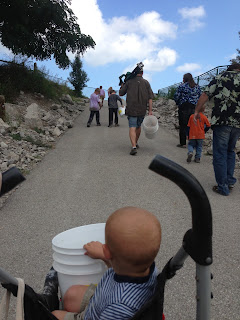