We checked out ETHOS Science Sneak Peek: Space in Elkhart again this week! ETHOS Science Center has hosted a themed science activity night monthly for the last several months. We've enjoyed the ones we were able to attend: WATER and Summer Science Camps. I also really liked the Astronomy lesson I went to on the Science2Go Bus. If your child goes to school in the area, I highly suggest encouraging your school to schedule the bus for a trip! 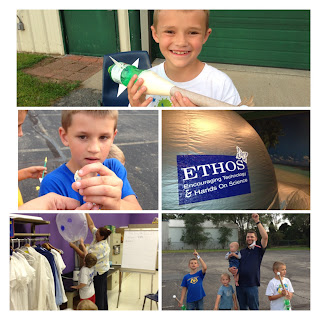 My husband thought the tarantula's skin was neat to see. He didn't realize they did that. It was his first time at ETHOS. He thought it was a fun night. The Starlab was cool. He said the entry fee was reasonable (though he thought it would be great if it were free--I think it's a great price for all we get). He also thought it was a great way to spend time together as a family. 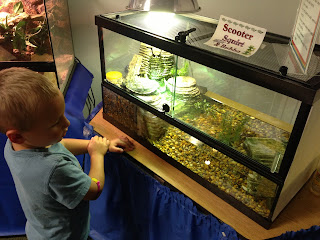 This guy immediately wanted to see the turtles! The new Ranger Rick Jr. magazine came in the mail this week and kept telling us all about box turtles he saw in the magazine.

The older guys immediately found the technology. There were several apps on the mini iPads related to the topic for the evening. 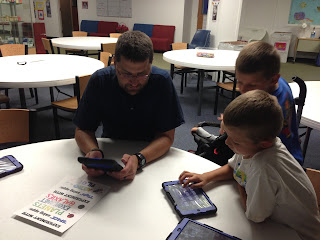 These are a few of the available apps during the Science night. We'll need to check some out. In my mind, it's a reality that my children will use technology. Just tonight, my 4-year-old asked if he could have an iPhone for Christmas and then the almost 9-year-old asked if he could start saving money for his own iPod. Their cousins have their own technological devices, so I guess they're thinking of them, too. While technology can be a part of their lives, it can be used for educational value, "edutainment", and to learn and understand about the world around us. I also personally believe in limits on technology for my children, though I know other families that find their children self-regulate with their personal electronic devices. 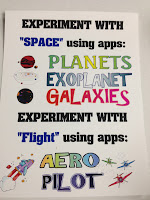 We started out making hot air balloons! Many of the things done here remind me of being the Science contact person at our school. I did several of these activities in modified ways with my students and science club members. It floats! 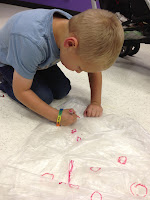 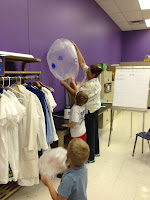 If you know us on a personal level, you'll know why this picture is so fun! :-) 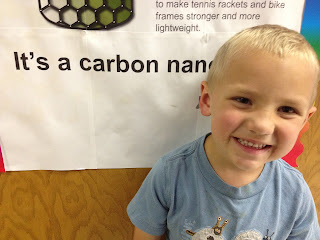 Our youngest was so intrigued by the globe and the floating ball! He kept going back to this area. He has the whole world in his hand! 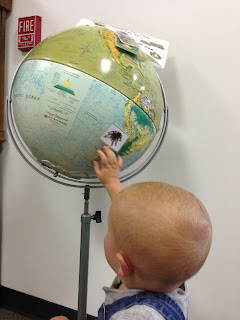 The Starlab is a big blow up planetarium. We crawled through a tunnel and got used to the dark. The presenter talked about many concepts from the night sky: the big dipper, finding Polaris, movement of stars over seasons, comets, the comet Ison that is coming around Thanksgiving, varying constellations, and more! He used a few visuals and the projector. We're studying the night sky this month with the Handbook of Nature Study Outdoor Hour Challenge, so this was perfect. I brought the one-year-old in with us and it was a little difficult to have him there. He was scared of the dark and a little wiggly. We did okay; however, I might have stayed out with him if I knew how he would react. He will like it soon enough. 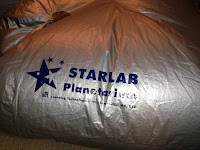 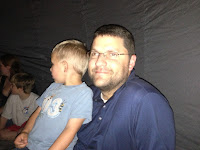 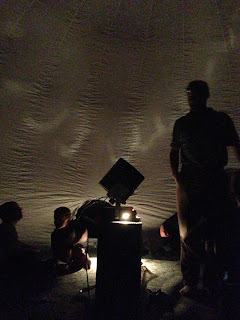 While there were cool things inside, the action was all outside! Heads were looking up toward the sky! 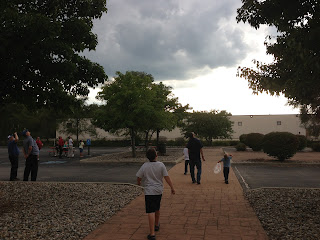 An amateur radio controlled airplane club from Lakeville was there for the evening. It was fun to watch their planes buzz around. 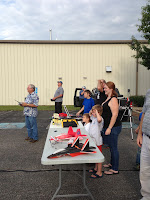 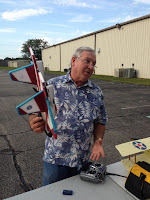 Several rockets were shot off as well! It took a few years to find the right motors to use for this outdoor space. The weather was perfect to land right in the parking lot. It was a great night! 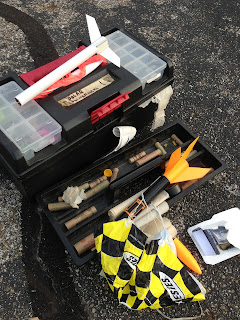 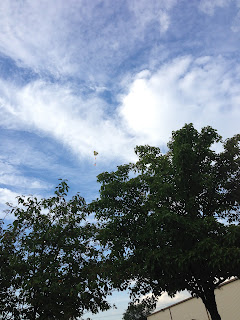 My two middle sons really enjoyed making rockets out of straws, clay, tape, and paper. The launching mechanism provided gravity powered air pressure. After placing the rocket on the thin tube, they lifted the tall white tube and dropped it, forcing air out of the thin tube with the rocket. Off it went. They measured and recorded their results, made any needed modifications, and kept going back for more trials! 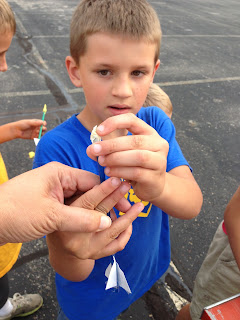 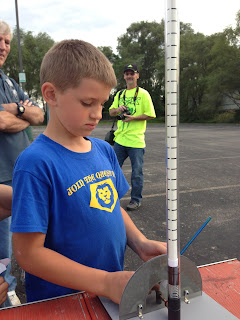 There was another type of rockets available, made out of recycled plastic bottles, paper, glue, ping pong balls, a tube, etc. I've done modified ones with just a cone, fins, and the water bottles. You fill the bottle partially up with water, hook it up to the launch pad, pump it full of air, and release it from far away. As you can see, we're starting our baby young with rocketry! 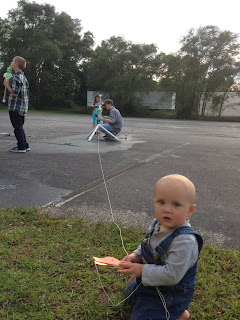 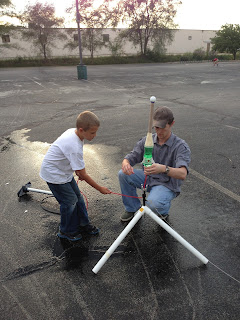 We really should have started outside earlier. I would encourage you to do a quick preview of activities upon arrival to see what you might like doing the best. While interests may change over the night, it gives you an opportunity to get into the cool things. The iPads were cool and all, but I'd prefer doing a hands-on activity more. The boys really enjoyed the rockets, yet were enticed by the iPads earlier in the evening, leaving less time for the rockets. 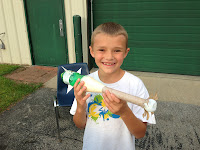 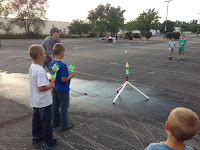 What a great night! We're setting our sights to Infinity and Beyond! Well, a few of us anyway! :-) I think I need to go watch October Sky

again. Maybe the boys will be ready for it! 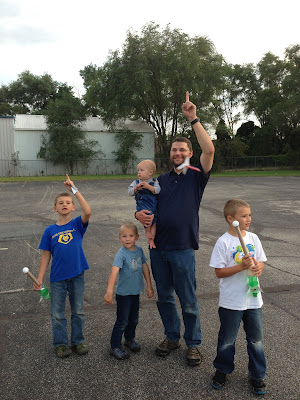