We stopped by Guadalupe Mountains National Park on our way through Texas and New Mexico recently. Due to a storm of the lifetime, it was unfortunately closed. However, we were able to stop for a bathroom break, snowball fight, and to check out the views! It looked very similar to Big Bend National Park, with some minor differences. It currently costs $5/person to use the park; however, we were looking forward to using our 4th graders every kid in the national parks pass for our family. What a savings! We hoped to earn Jr. Ranger badges while there. The park consists of many hikes, but few (if any) roads to drive through. 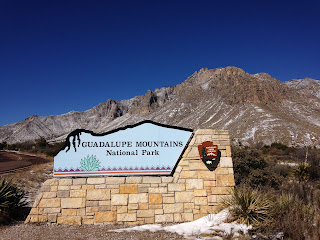 Several of the parks had this tribe to the founder of the National Park system--happy 100 years in 2016! Read about Mather here. 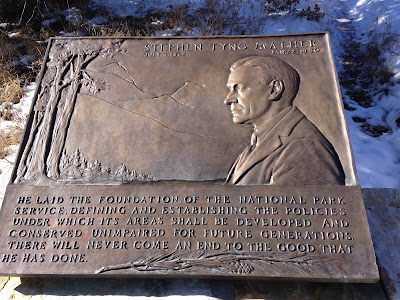 This was one of the hills we needed to go down to get to Guadalupe Mountains. We were advised by the locals not to leave as the pass hadn't been cleared very well. It was covered in ice! We took it nice and slow. I'll admit I was nervous, but we made it through with very minimal slipping. The men were driving and used to driving in snow and ice, even if the local communities were not used to the ice or to clearing the snow. 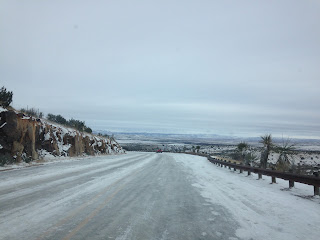 The visit was great driving up to Guadalupe. How majestic! 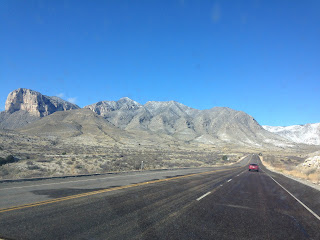 It was sunny and not windy, so a great time to be outside without coats briefly, even if there was snow on the ground. We saw many similar plants, like the cactus, as we did in Big Bend. 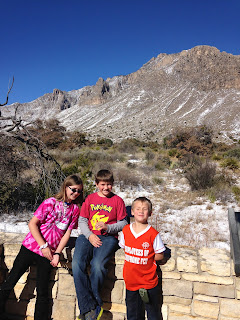 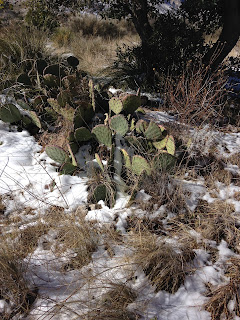 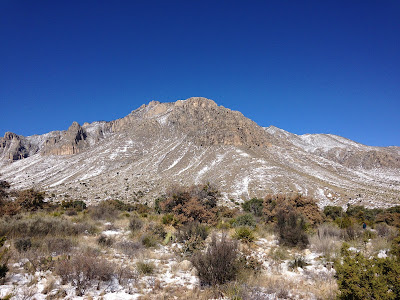 Of course, the snowball fight was fun! Gotta love an instigator grandfather! 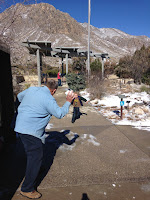 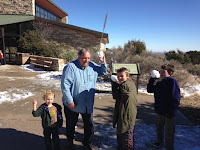 The clouds on the mountains were beautiful. It's hard to see in the picture, but they stopped and seemed to collect at the sharp bluff. 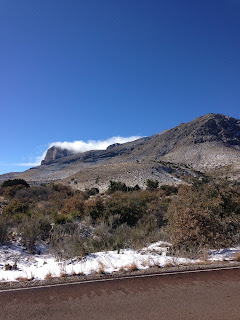 This was the reality of roads further on as we passed Carlsbad's Caverns and moved on to our accommodations. There was often only one lane open and the cars were scraping the top of the snow. There were farm tractors out trying to remove snow and lots of cars off the road. We stayed in Artesia, NM, so we could go to Roswell and check out the aliens, too. However, most everything was closed. We tried the only restaurant open (fast food) and they had no fries, cheese, or chicken nuggets. Many shelves at Wal-mart were empty. Clearing the streets was slow going, though the major roads were better. We cut our trip a little short after a swim in the hotel pool and sleeping over night. We found gas stations and roads closed, as well as rerouting through Missouri during the flooding. Let's say the weather got the best of the end of the trip! Glad we made it home fine, driving 20+ hours straight and taking turns driving. Thankfully, the kids are good overall in the car and we had plenty of food! 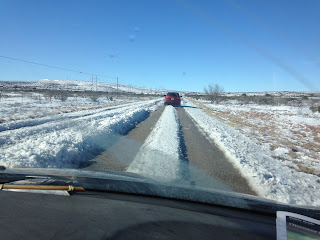 We passed a huge wind farm as we kept driving! Way to use alternative energy, though there are issues with any type of energy. 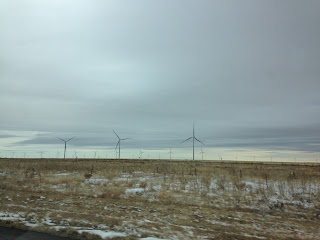 Email ThisBlogThis!Share to TwitterShare to FacebookShare to Pinterest
Labels: Travels