Taking a Stab at Throwing an Atlatl!

We love finding nature in unexpected places, so will watch for art shows, plays, and other activities at historical museums as well. When I saw an atlatl class at the Elkhart County Historical Museum, I knew we wanted to go as we've enjoyed programs and trips there in the past. There is plenty of nature nearby! 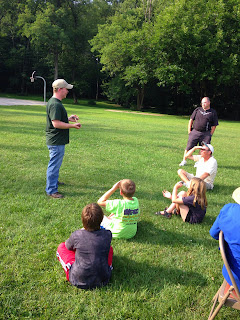 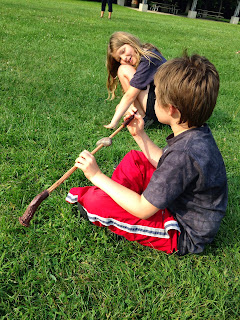 What is an atlatl, you say? We were introduced to them by looking at the history of the year. About 10,000-12,000 years ago, glaciers retreated. Paleo Indians were nomads, following their food source and using the atlatl as their main weapon. They ate gigantic animals, such as woolly mammoths. 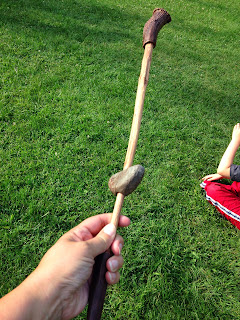 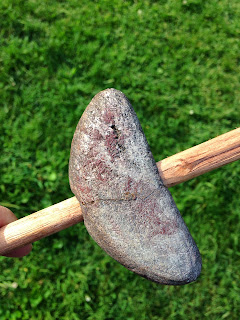 The dart is quite long. The banner stone and actual device allow people to throw the dart further and longer. It was safer for people to hunt from further away. The dart can be thrown up to 100 miles an hour. The nomads hunted in groups. They might wound an animal with several hits and then get cloer to make the kill. The atlatl is making a comeback as competitions are being done around the United States. Eventually, the atlatl was replaced by bows and arrows and then guns. The banner stone is typically the only part found, as the rest is all made of wood. 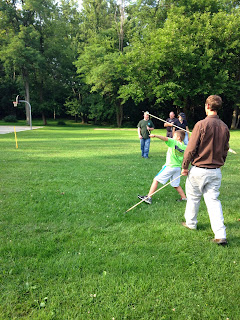 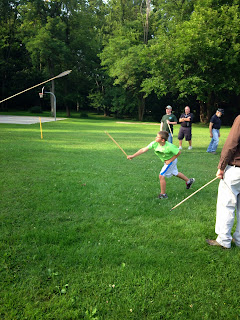 We each had several tries to throw the dart. Our goal was pretty far away for those of us on the amateur level, yet we kept trying. 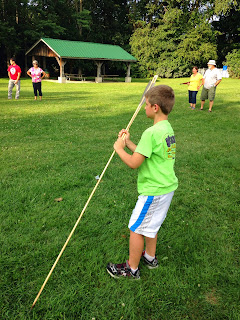 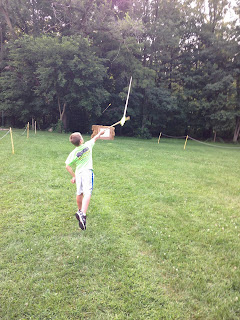 After the program, we decided to take a stroll around the grounds. We found the little cemetery that is behind the cemetery. 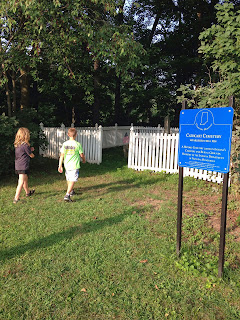 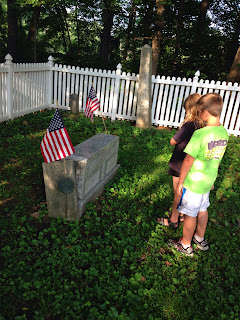 We found a lovely hole in a tree and a beautiful snag still standing. 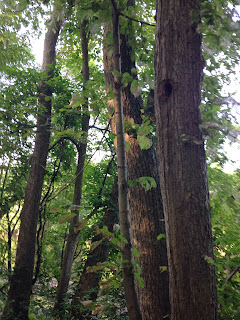 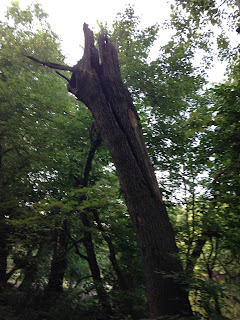 We found nuts that had been gnawed on and others that were still developing. 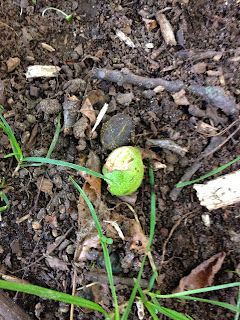 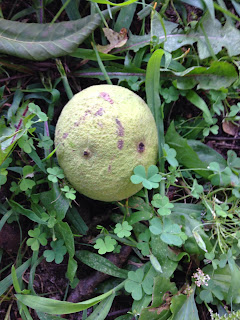 It's fun to walk down near the river, though with all the trees, it's a little difficult to see out over the river. I hear reports of bald eagles roosting not very far from hear along the St. Joseph river. I keep watching as I drive by or am out and about. Maybe next time! 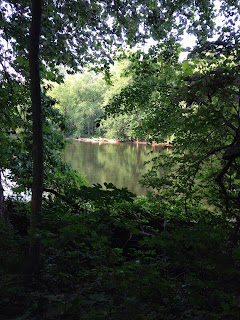 We also saw vines climbing up the trees! On the left is Virginia Creeper. It has give leaves. On the right is Poison Ivy. I try to stay far, far away from the second one! 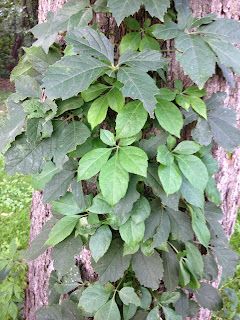 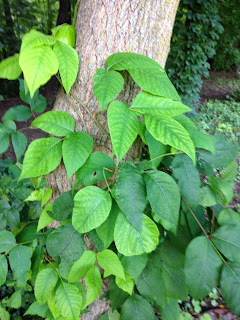 The next day, they asked to come back and play in the splash pad! What a fun place with various opportunities! 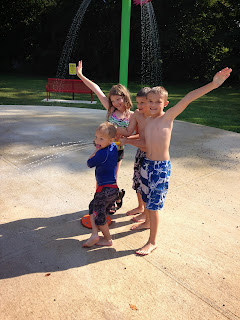