We had a little time before dinner and I was itching to get outside . . . the boys had already gone sledding near the house, but I wanted a good walk in the snow! I admit fully that I tried bribery with one boy to go--I think technology was involved. However, once we arrived, there was no need for cajoling. They were engrossed! 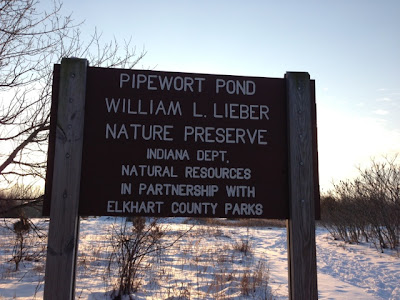 This isn't too far from our house, so if we need a quick nature fix, we usually come over to Pipewort Pond. I usually call it Lieber Nature Preserve, but there is a pond there as well. It was great to see the trails well used! 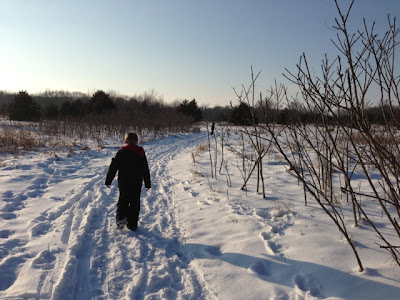 The boys immediately started playing with the snow. It took a long time to go a short distance as they kept stopping to make snowballs. One hit me in the noggin! 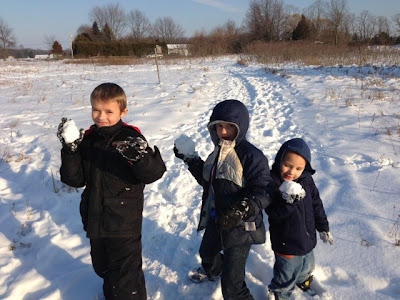 It was really neat to see the animals paths and tracks. We could see paths in the brush previously, but the visual path made by the tracks was something else! 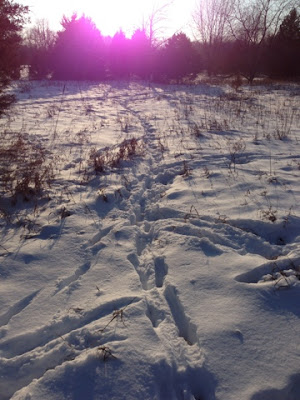 As we found different prints, the three-year-old was pretty impressed by his handprint. I guess I do like holding it! :-) I find that if I hold his hand on hikes that we go much faster. It's not always as fast as I'd like but faster than if I let someone linger behind. 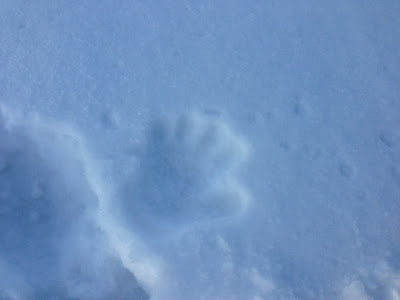 The boys checked out the ice at the end of the dock. Glad there was just mud under there. 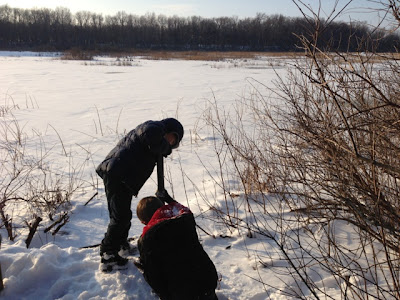 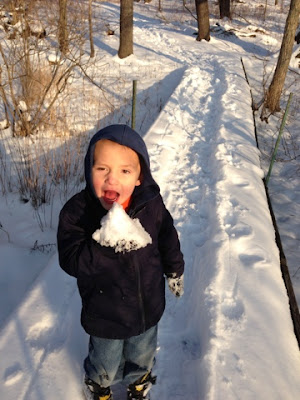 Snow will not keep this one from climbing trees! 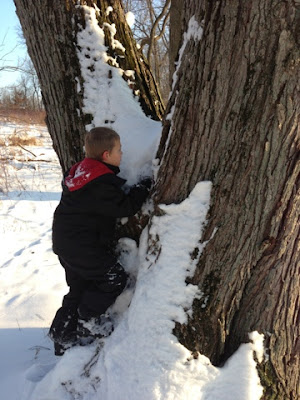 We found some wildflowers. 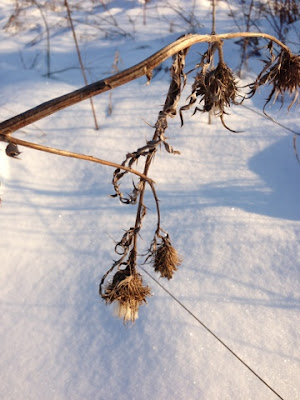 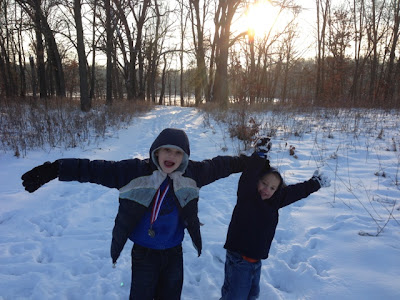 While my oldest (8) has always been more of a trailblazer, I've noticed he wants more freedom recently. I let him stay just close enough for me to see him, but he tried different paths, took shortcuts, stalked us, etc. 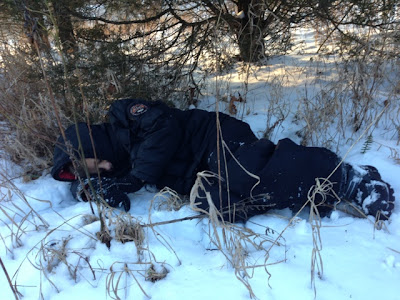 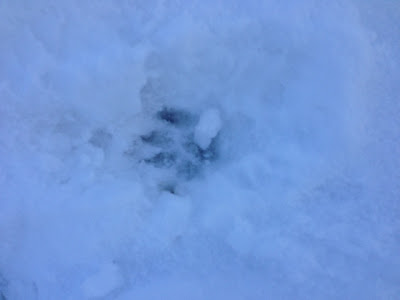 We found an oak tree still holding on tight to the leaves. 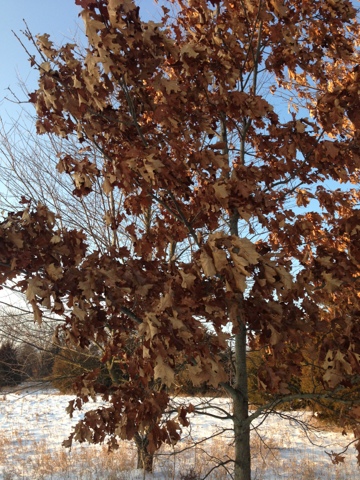 Just like the younger boy liked seeing his hand print, it is kind of neat to see our own tracks. My boots have flowers on the bottom. Someone that has been hiking out here has very large feet. I have fairly large feet, yet mine were small compared to these LL Bean tracks. It was also neat to see cross country skiing tracks. 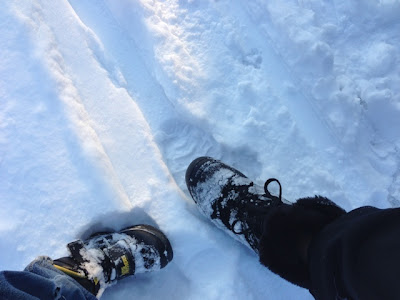 This boy kept hiding from us . . . he was looking for places that animals might rest or hide. 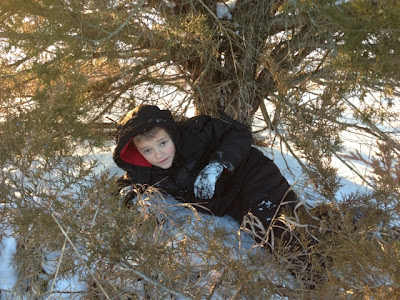 Another great day! Even better when we made it home and my hubby had dinner almost done! 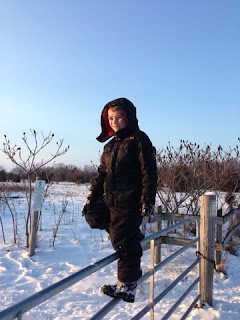