Finding Nature on a Busy Corner

Last weekend we were helping with a fundraiser for the boys' Little League. The kids and an adult helped hold the signs while the adults sold chicken and potatoes to passer-bys. It wasn't too long before the children started exploring nature in this narrow strip of land between concrete. The first discovery was an ordinary earthworm, which is always extraordinary to my five-year-old. 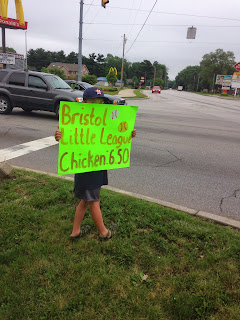 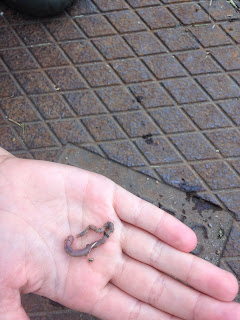 The earthworm was enthralling for all involved. Yes, the littlest is near the road. Yes, there is an adult right there as well. :-) Then the dandelions became an object of choice, with a few being collected. I'm grateful there are a prolific plants to explore at times (i.e. pick!). 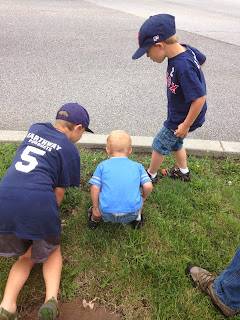 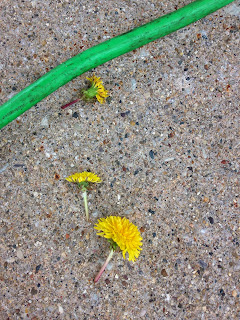 Soon the kids remembered there were mulberry bushes near the car. Break time! They love mulberries and eat them all the time at this season of summer. I love them, too! This article talks about the different types of mulberries. Now I want to do some investigations and see which kind we have in the yard. I tell the kids to look for the darkest ones, almost black, that come off without any tugging, often just falling into my hand if brushed. My oldest typically has purple splotches on his face, purple fingers, and purple soles of his feet about this time of the year! 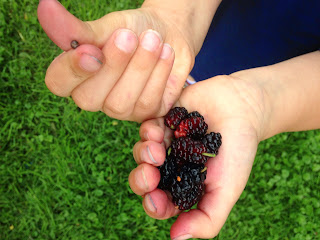 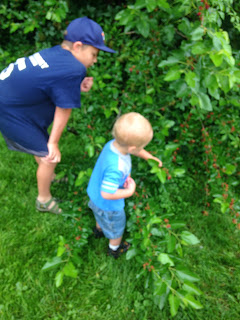 Soon, they found a Mayfly. They loved observing it up close! Don't worry, it still flew away. It was neat to see a Mayfly nymph in the lake the next week. We could see the separated "tail" and wing "buds". It swam very well, would crawl on their hands, and swim some more! 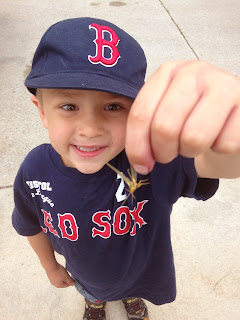 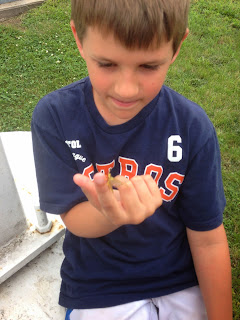 They also found a emerald green beetle. They know about the Emerald Ash Borer and were worried it might be one of those. Regardless of its devastating nature, the beetle found a home in one of their musical instruments they made at ETHOS. The children were intrigued by it. Here is a chart that peeks at similar insects. While it may not be an EAB, it warranted serious investigation and observation!

The Emerald Ash Borer is a serious concern. In Elkhart, 20% of the trees were Ash trees. However, they are quickly dying--that's a loss of 1/5 of the city's trees. Middlebury also was hit hard. 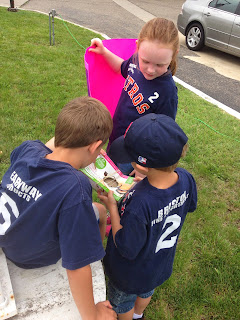 Oh, right. They were supposed to be holding up signs! Their attention span is only so long and we sold out of chicken early! They needed a few breaks to explore.

I had a few take aways from this experience:
Posted by Carla Gull at 10:05 PM