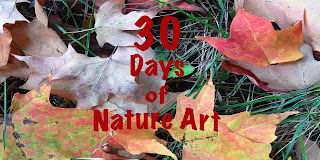 It's been a chilly few days (and getting colder next week!). The cousins were over and they did go outside for a while, but we also needed some inside activities that didn't include technology. I have stacks of magazines to repurpose and was thinking about the new year, so that we would make collages or vision boards for our nature plans for the upcoming year.

The kids spent plenty of time going through the magazines and finding the pictures that spoke to them. I questioned some of the "connections", but maybe they were hoping to eat whoopie pies while staring at the stars! 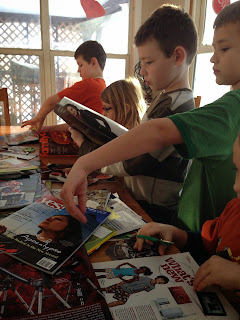 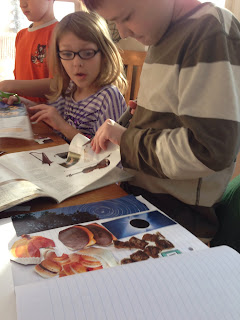 Pictures were carefully arranged and chosen. 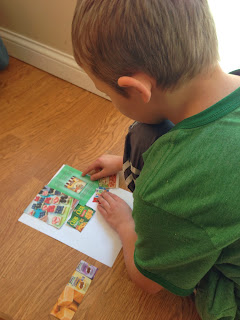 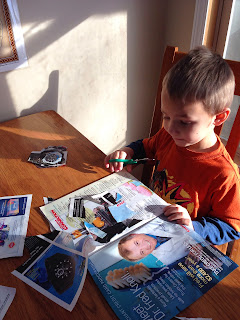 I needed to spread mine out on the pages, trying to fit in all the elements. 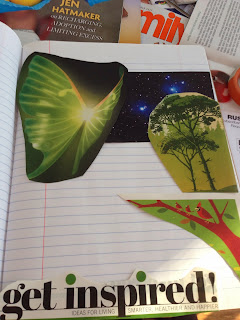 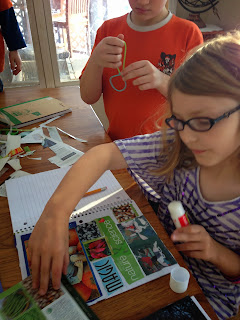 My requirements were to fill up the space (still working on that!) and make a title. They also needed to write 3-5 nature or outdoors related goals on another piece of paper. We used their nature journals we started a couple of years ago. We need to use these more! 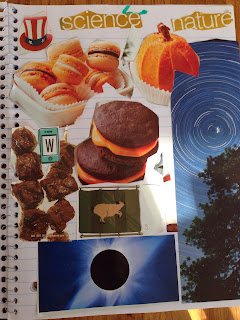 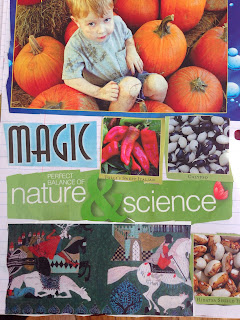 I would say one child may end up a farmer. He wants to be more involved in our garden this year. Another one is thinking about lots of processed foods and having fun with his cousins! 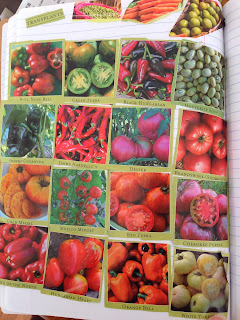 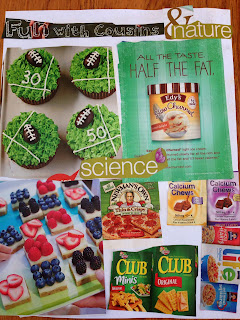 Our younger son seemed obsessed with watches and electronics. I think he didn't get through too many magazines! I can see him doing this over and over and over again based on his recent letter, envelope, and wrapping presents fixations. 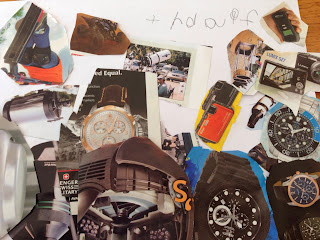 Mine did fill the space a little more, looking at nature, recreation, healthy eating, etc. I included found words and phrases as part of mine. I chose not to write down my goals, as the collage spoke for itself. 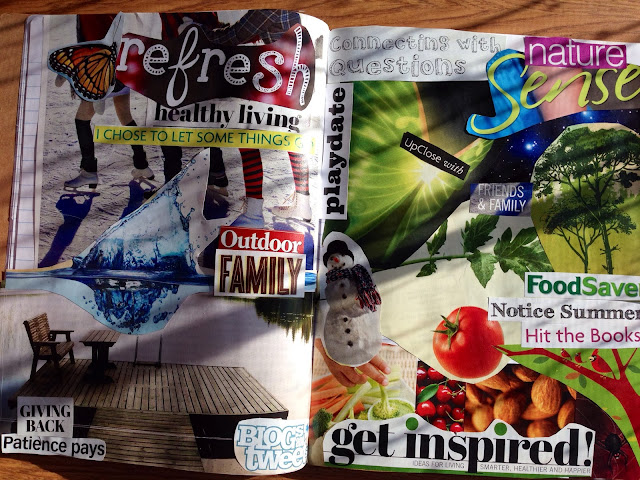 I loved reading the kids' goals! We're working on the snow fort tomorrow. :-) He's homeschooled and actually gets to take a Young Outdoorsman class this next semester at a nearby YMCA camp. I want to tag along! He also did the Junior Indiana Master Naturalist program this summer. We'll have to invite him over when we tap trees this year! 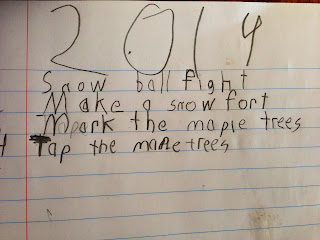 My niece had equally interesting goals. We're looking forward to exploring the children's sensory garden at Wellfield when it opens later this year. We also like the one at Cobus Creek! 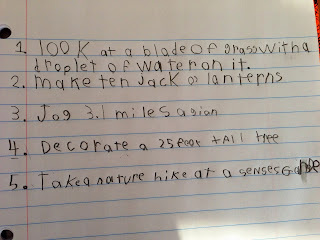 It was interesting to see my son's goals. We used to have a rabbit. I didn't realize he wanted another pet. We haven't been to Utah for a couple of years. Maybe we can fit it in and visit some National Parks on the trip. We used to always go to the zoo, but haven't done it as much since we moved up here. We'll have to change that! 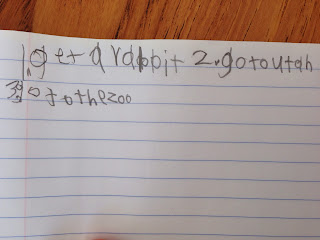 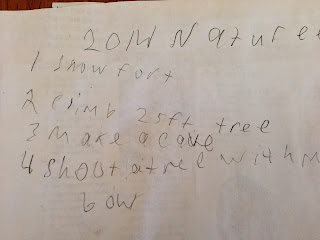 My self professed "nature" 4-year-old boy was in a bit of a mood. He at least had some outdoor activities to work on. He received a skateboard for Christmas. When the snow dies back a bit, it will be much easier to work on it! He's usually a good tag-along for our nature activities! 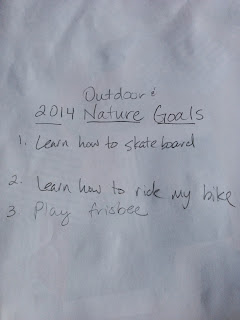 What are your goals for getting outside in 2014? Have you tried a nature inspiration collage?