As part of the Environmental Educators Association of Indiana conference, I went to a presentation put on by Going Bats! about Edutainment, focused on BATS! "B-A-T spells BAT!"-- the song goes through my head now. The couple run a bat recovery operation near Fort Wayne. They had an interesting display of various types of bats and lots of copies of activities and crafts for educators. I always watch for presentation techniques and what makes teaching successful. He told us upfront to save all questions to the end. He had plenty of information to share and most questions were contained in the presentation, but he was open to talking later. 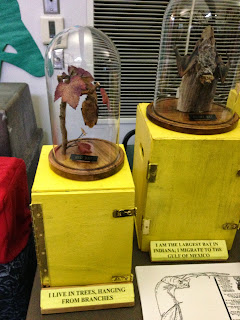 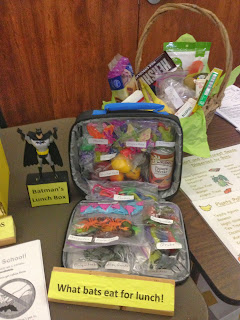 The displays included a lunch box with the different types of foods bats eat. I like how this was very relatable to kids. There was also a big basket with the foods we eat that are pollinated or dispersed by bats, such as bananas, chocolate, mango, kiwi, cloves, and more! 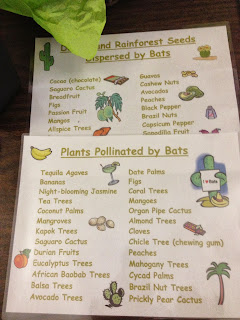 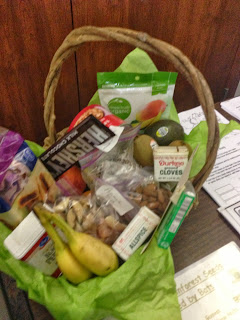 The couple did a presentation that was definitely full of edutainment. It included songs, Batman references, a few jokes, and lots of information about bats. We were also introduced to their rehabilitation operation and the many bats they have taken under their wing (hand, in the case of a bat) over the years. Their dining room has become a rehabilitation room, with boxes and boxes of bats. 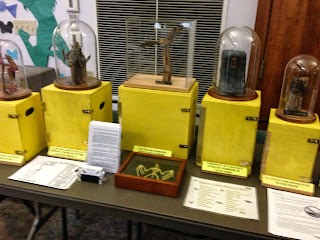 A few bits of information about bats:

He told us how many pennies or coins different bats might weigh--that really put it in perspective. A Little Brown Bat weighs about 2 quarters. He shared stories of where the bats in their care came from and what needed to happen for rehabilitation. After the presentation, the couple brought out a few bats for us to see up close. What a fun and educational experience! They do such interesting and important work with bat rehabilitation. Their website has many of these stories, as well as more information about bats in general and species found in our area. 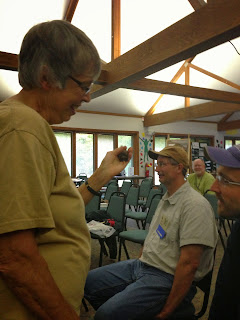 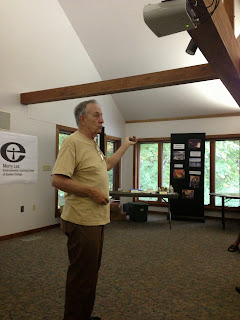